Viviana Varese is the only Italian among the winners of the international Champions of Change Award, thanks to her commitment to social inclusion issues. Next autumn the chef will open a gelato shop in Milan, where women victims of domestic violence will find real job opportunities

Viviana Varese was awarded the Champions of Change in its 1st edition as part of the 50 Best for Recovery program, aimed at relaunching the catering sector in post-pandemic era. She is considered as one of the three “unsung heroes” of the hospitality world, together with Kurt Evans, chef, social entrepreneur and activist from Philadelphia (USA), and Deepanker Khosla, chef and owner of Haoma in Bangkok, who promoted and led a positive change in the last 18 months.
Owner of the Michelin starred Viva in Milan, Viviana is an activist of LGBTQ + community and a supporter of social inclusion after having experienced firsthand some episodes of discrimination, and she is part of the no-profit association Parabere Forum, aimed at strengthening the role of women in hospitality.
Recently she has reopened Viva and has launched the new W Villadorata restaurant in Noto, Sicily, based on a staff social inclusion approach regardless of gender, race, age, and sexual orientation. In addition to hiring and training over-60 farmers who lost their jobs, she collaborates with suppliers who employ disabled people to make dishes and ceramics.

The educational and inclusive gelato shop

The chef’s self assigned tasks of including and training people go beyond catering. Viviana, who “has a cult for gelato” (see interview on Tuttogelato April 2019, READ HERE), plans to open a gelato shop between October and November in Milan, in a location that will be revealed in September. She is nos hiring and training women who were victims of domestic violence, together with her pastry and dining team. The Champions of Change donation is intended to finance part of this project. 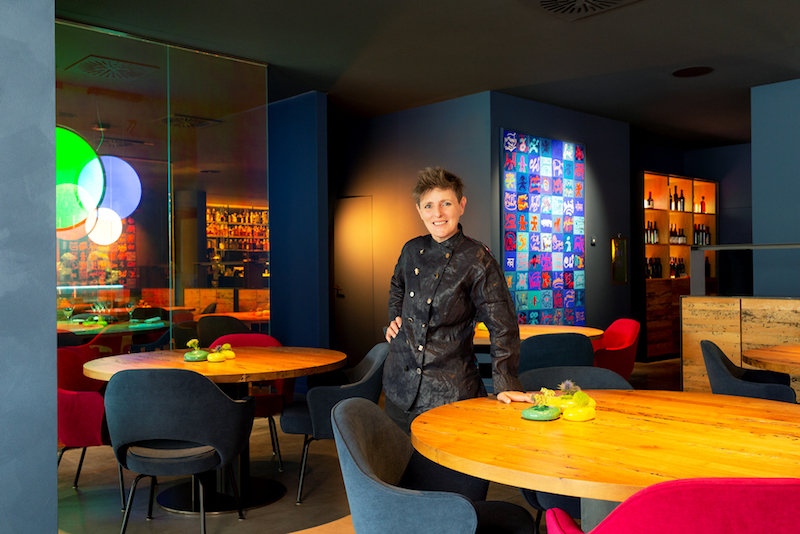