Berlin is preparing to be the world capital of ice cream 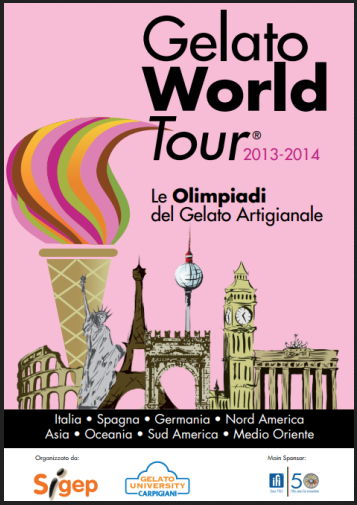 Just won the World Cup, now Berlin is preparing to be the world capital of ice cream.

After Rome, Valencia, Dubai, Melbourne and Austin (TX), the Village of Gelato World Tour will be at Alexanderplatz, Berlin, 22th to 24th August 2014. The news has been celebrated with a boom in subscriptions and the jury that will select the 16 who will vie for the title of “World’s Best Ice Cream, Germany” will take place soon.
The German stage is organized by Carpigiani Gelato University and SIGEP – Rimini Fiera, with the support of IFI and MEC3, and the patronage of UNITEIS, the gelato partnership in Germany.
The free admission for the event will give children and adults the opportunity to attend free workshops and mini-classes held by the  Carpigiani Gelato University and to discover the many flavors of homemade gelato by means the emotional classes taught by the International School of Gelato MEC3. IFI will develop the project of a successful gelato shop.
To taste the flavors prepared for the occasion, you have to buy the Gelato Ticket which will entitles you to 5 tastings and the chance to get on the jury and vote your favorite flavor. So many other contests in the program and many rewards for visitors!
In the meantime, all the winners of the stages organized in 5 continents are now preparing for the final on September 7th (Parco Fellini, Rimini) when the jury of experts, and journalists joined by the jury, will decide the best gelato in the world.