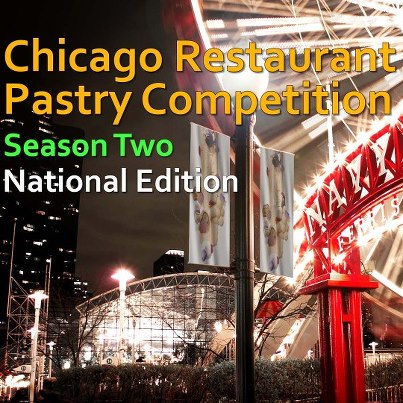 Look at the Episode 3 of the Chicago Restaurant Pastry Competition, Season Two…

The Emmy award-winning Chicago Restaurant Pastry Competition releases the third episode of Season Two: National Chefs today. The episode, named “Signature Dessert,” follows the four pastry chef finalists into the kitchen as they prepare their signature plated desserts for the judges. This episode can be viewed at http://www.jmpurepastry.com/VIDEO.html

– Waring Commercial is a leading manufacturer of professional quality appliances for the home and foodservice industries.
– Thermohauser provides professional tools for the baker, chef and caterer including pastry bags and accessories, scrapers, spatulas and knives, and tools and utensils.
– Frigomat supports ice cream makers from around the world with many types of professional equipment to create professional standard, delicious gelato.
– Steelite is a world-leading manufacturer and supplier of award-winning, inspirational tabletop ranges for the international hospitality industry.

Pasticceria Internazionale is a proud sponsor of Season two of The Chicago Restaurant Pastry Competition which includes a video trailer and four episodes. A new episode will be released each month and the winner of the competition will be
announced in April. Episode one, “Meet the Chefs,” can be viewed online at http://www.youtube.com/watch?feature=player_embedded&v=Y69eDqoUplU and episode two, “Gelato Challenge,” can be watched online at http://www.youtube.com/watch?v=seSkBmUSri0&feature=youtu.be.