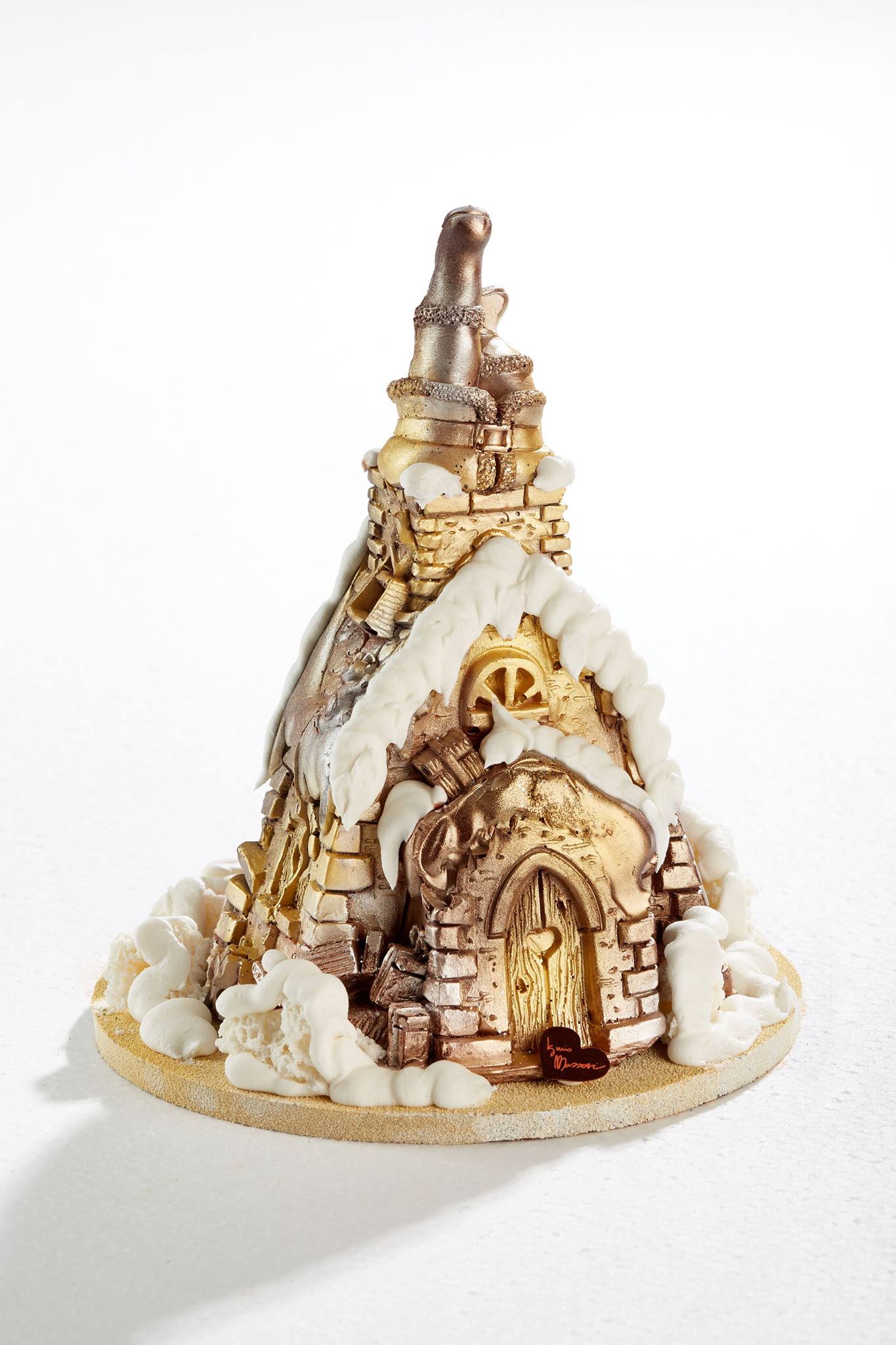 According to estimates of the world-level expo, from 20th to 24th January 2018 at Rimini expo centre, spending for the festive season has clearly increased.
And panettone will triumph on Japanese tables.
Photo: Iginio Massari.

They have the taste of our childhood, aromas linked with the land of origin and a culture whose roots are in the mists of time. For the 2017-2018 festive season, extreme extravagant innovations are a thing of the past, Christmas desserts will be the typical ones of artisan tradition.
The Observatory of SIGEP – the international artisan confectionery expo that Italian Exhibition Group is organizing at Rimini expo centre in 2018 from 20th to 24th January – estimates that around 6 billion euros will be spent on artisan Christmas desserts and announces panettone as the leader, which will triumph on tables all over the world, starting with Japan, which will have the lion’s share, meeting a pressing demand.
Master pastry chef Iginio Massari states, “There are products which have intimate bonds with our history and our memory – products that go beyond the value of the actual food itself. The classic panettone is one of the most outstanding examples. If this symbology vanishes, it means that we’ll loose what we have “built” and passed down through the centuries.”
Master pastry chef Gino Fabbri, Chairman of the Association of Italian Pastry Chefs, confirms, “Incredibly good desserts can be created renewing tradition, but without changing it radically. I prefer renewal that is able to highlight the exceptional quality of the raw materials to the risk of disconcerting innovations. We therefore propose a renewed classic, still with raisins and candied fruit, but also – for example – with a part in liquid butter and a mixture of vanillas, rather than a single variety.”
At chez Roberto Rinaldini, Italian pastry’s multi-award winning enfant prodige, tradition and creativity are combined harmonically: the Christmas tables will host a naturally leavened panettone called ”Dante, il dolce stil novo”, with strawberries and semi-candied cherries, to which a vegan cream filling is added after cooking, and also coats the panettone. The panettone is accompanied and highlighted by typical products, usually passed down from generation to generation and the sumptuous elegances of the celebrations. From northern to southern Italy, countless desserts are proposed by the top master pastry chefs. Three are indicated by the Italian Confectioners Confederation.
First of all, the Parrozzo, a tribute to the land of Abruzzo which, cultivated by the skilful hands of the farmers, inspired D’Annunzio to give to this marvellous region a dessert that became the symbol of the region itself. In the variation by Master pastry chef Franco Napoletani, the Parrozzo is enriched with sugared almonds, white flour and butter. The dessert thus becomes delicate, representing the whole of Italy with its ingredients and fascinating with a ladle of bitter chocolate.
Plus: Torrone di Bagnara nougat, now with PGI certification, considered one of the best in the whole of southern Italy: Sicilian almonds from Avola, orange honey from Calabria and egg yolks are the top-grade Italian raw materials. But the secret of Bagnara nougat, a typical Christmas sweet, is in its lengthy cooking, which lasts for many hours. Conpait Chairman Federico Anzellotti comments, “These are sweets chosen to express acknowledge the quality of the typical local products, which the master pastry chefs use to elevate the sweets to an extraordinary quality.”
The exaltation of a Piedmont “titbit”, crossed with Val d’Aosta tradition, is made by the skilful hands of Silvia Boldetti, holder of the title of 2016 Ladies World Pastry Champion and Chairperson of the panel of judges at the international Pastry Queen contest at SIGEP 2018. ‘Bacio di Nus’, a special kiss-shaped praline, is the jewel in the crown of the Christmas sweets proposed by the Turin pastry chef. On the other hand, Romagna’s Sonia Balacchi, the world’s first Pastry Queen, proposes a sour-black cherry based creation: a cake synonymous with elegance and quality: she reveals, “The idea came from the desire to create an unforgettable mouth-watering sweet: it contains a soft heart of Fabbri sour black cherries, with their unmistakable flavour, wrapped in a mascarpone and vanilla semifreddo, creating a winning combination of goodness and taste.

The Italian Pastry Championship being held at SIGEP will also be the selection for forming the Italian team for the Coupe du Monde de la Patisserie in Lyon. Raring to go, the contestants are currently at work on satisfying the palates of the gourmet lovers of top grade pastry.
The proposal of Mattia Cortinovis aims at elegance: “A Christmas cake with the warm embracing flavours of hazelnut and chocolate. Elegant flavours that are reflected in the cake’s appearance: simple glaze icing with a simple effective Christmas decoration.”
Domenico Di Clemente proposes Mandarin Tombola, made up of a rectangular light mandarin-flavoured creamy dessert; inside a soft fresh mandarin jelly; the cake is then closed with a rectangle of soft spicy biscuit. The Tombola is then blast chilled, removed from its mould and glazed with citrus icing. It is served with small mandarin sorbets of the same shape, candied mandarin zest and sugared almonds then, after laying it on a decorated wafer, the mandarin aroma is vaporized. “It reminds me of Christmas as kids, full of fragrance and traditions.”