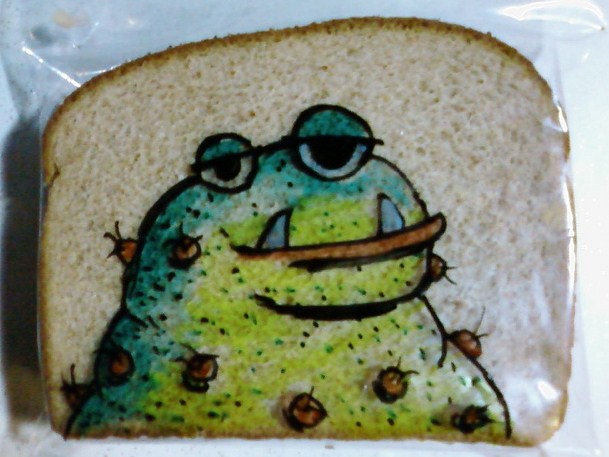 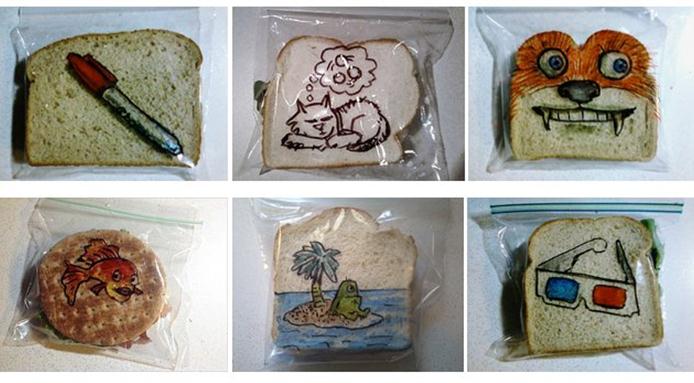 He’s not the only dad to practice the seriously cool art of lunch bag embellishment — but Massachusetts father-of-two David Laferriere brings the genre a style all his own. In the past, we’ve admired the work of brown-bag virtuoso Derek Benson and lunchbox superhero ringleader Lars Gronholt. Like both those dads, Laferriere adds a personal touch to his 13- and 15-year-old sons’ daily lunch by adding a hand-drawn picture — in this case done on a plastic sandwich bag.

He started drawing the pictures and documenting his project on Flickr in May of 2008. His work was recently featured on Flickr’s blog.
Over email, the illustrator and graphic designer told HuffPost that monsters, robots, birds and worms are among his favorite subjects.

“The inspiration for the bags comes from whatever may be happening at the time,” he wrote. “Could be something we did as a family, a holiday or a day like Ground Hog’s Day. The weather sneaks in from time to time.” And sometimes, the sandwich itself provides inspiration: “those bubbles in the bread can be like finding shapes in the clouds.” Asked whether he’s come across the work of Benson or Gronholt in the past, he says he’s followed the former but not the latter. However, the similarities are obvious: “The common denominators are we do it for our kids and have fun doing it.”