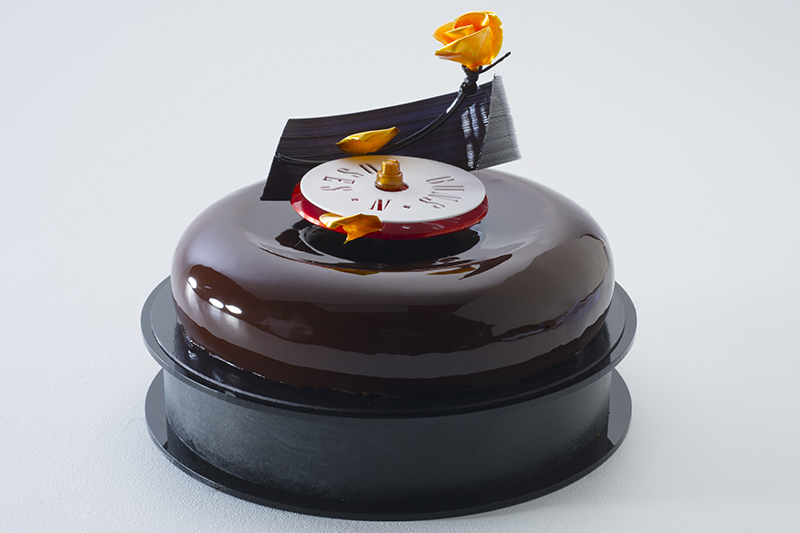 France achieved first place in the 2017 edition of the Coupe de Monde de la Pâtisserie, the international reference event in the trade created in 1989 by its president founder Gabriel Paillasson. Among the 22 teams composed of 3 specialists (sugar, chocolate, ice-cream) from 4 continents, the team from France completed a flawless run in 10 hours of tests, followed by Japan and Switzerland.

The French Team composed of Etienne Leroy, Bastien Girard and Jean-Thomas Schneider won the Gold Medal, a gold trophy, and 21,000 euros in prize money.  The Japanese Team composed of Takahiro Komai, Yoshiaki Uezaki and Takao Yamamoto, won the Silver Medal, a silver trophy, and 12,000 euros in prize money.  The Swiss Team composed of Cédric Pilloud, Jorge Cardoso and Cédric Pilloud won the Bronze Medal, a bronze trophy, and 6,000 euros in prize money.
As of this year, the International Organisation Comity is presided over by pastry chef Philippe Rigollot, winner of the Trophy in 2005. This edition aimed to reassert the values of a contest that is in touch with our times and environment. While increasing the test’s technical challenges (an imposed flower made of sugar integrated in the artistic creation, use of hollow casting instead of solid casting for the chocolate sculpture), the jury also decided to promote an approach designed to optimize the use of raw materials by limiting the weight of the chocolate sculpture to 15 kg. This means a total of approximately 200 kilos less chocolate compared with the 1995 edition for all the participants. In the same spirit a new Eco-responsible prize was introduced to reward the team that best optimized their use of raw materials, with a 20 point bonus awarded to the most compliant team in this respect.
The Vase de Sèvres, a prize donated by the President of the French Republic and awarded to the Country that scored the most points for the Buffet Presentation, was award to France. France obtains the trophy like in 2013, thanks to a great teamwork and tasting grades that made the difference. Japan definitely takes its habits in the top 3, and proves its regularity among the best pastry nations. After years of absence, Switzerland did not take long in coming back on the podium and creates surprise after the wild card obtained at the Coupe Europe selection in January 2016.
Gabriel Paillasson, founding president of the Coupe du Monde de la Pâtisserie, is very satisfied with the contest: “All nations, even the less experienced ones, did a fantastic job. It was a magnificent event with an amazing atmosphere that reflects pastry’s evolution in the world”. 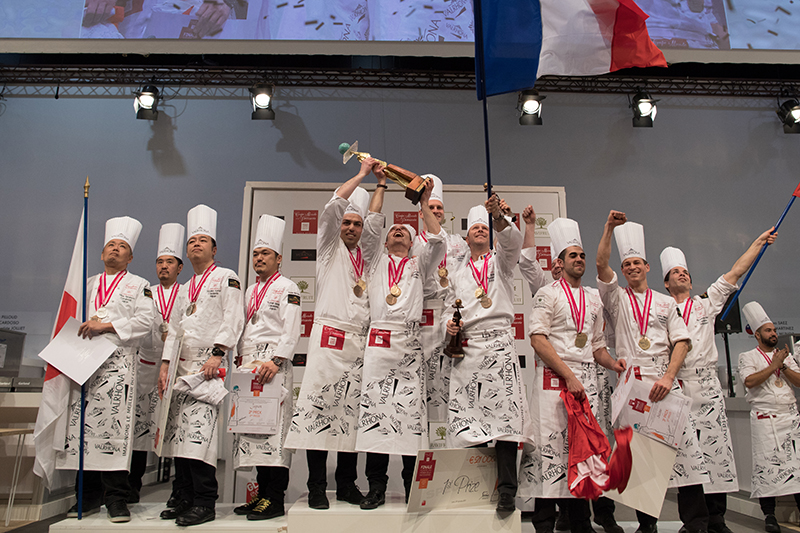