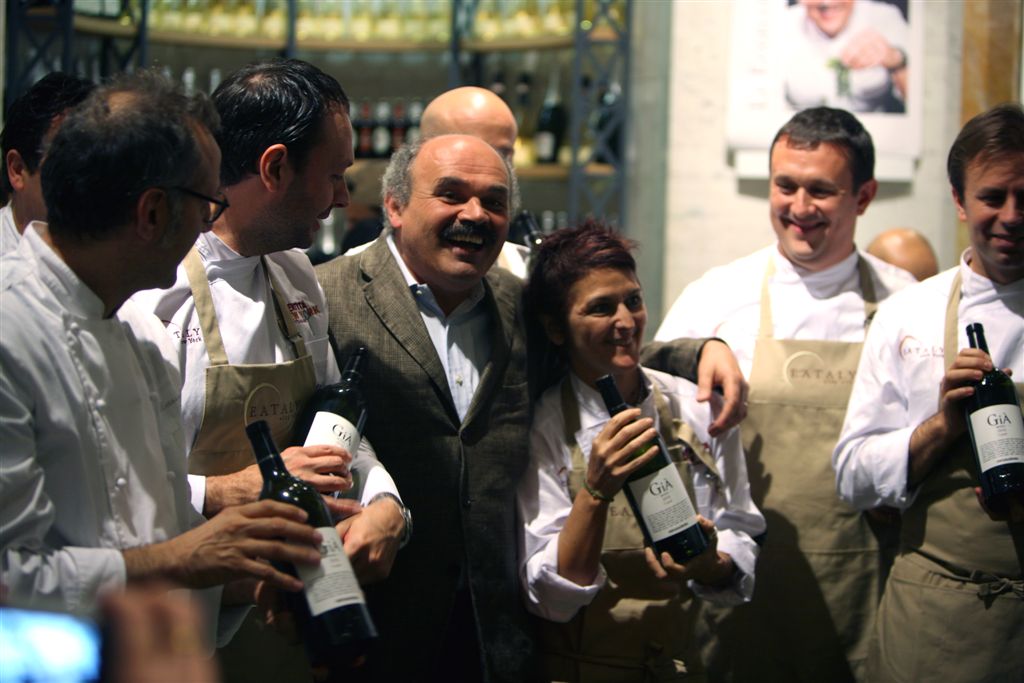 The fourth edition of Identità New York will take place, from today to Sunday 6th October. The stage is the same as usual, namely Eataly, on 200 Fifth Avenue; the number of lessons will be the same as the one in the past two editions (6 lessons over 3 days, thus 2 per day) the same goes for the number of gala dinners (two, the first today and the second on Saturday 5th). The content, on the contrary, changes: no more Italian chefs performing solo (like in the 2010 edition, a sort of pilot episode), no more confrontations between Italian chefs and Italian chefs working in the Big Apple (the leitmotiv of the 2011 edition) and not even a parallel between our chefs and their New-York colleagues with different origins (as in 2012). The 2013 theme is the Expo of Tastes.

In view of the World’s Fair which will take place in Milan in 2015, this it has been decided to pair the Italian chefs with American chefs (plus a French one who now works in the United States, namely Daniel Boulud) following the theme given by six universal ingredients that are available in almost all the gastronomic cultures around the world: Egg, Tomato, Salted Codfish, Cheese, Pasta and Rice. Six edible elements for 6 lessons and 12 chefs, who are in fact more, if we take into account the chefs who will cook during the gala dinners.