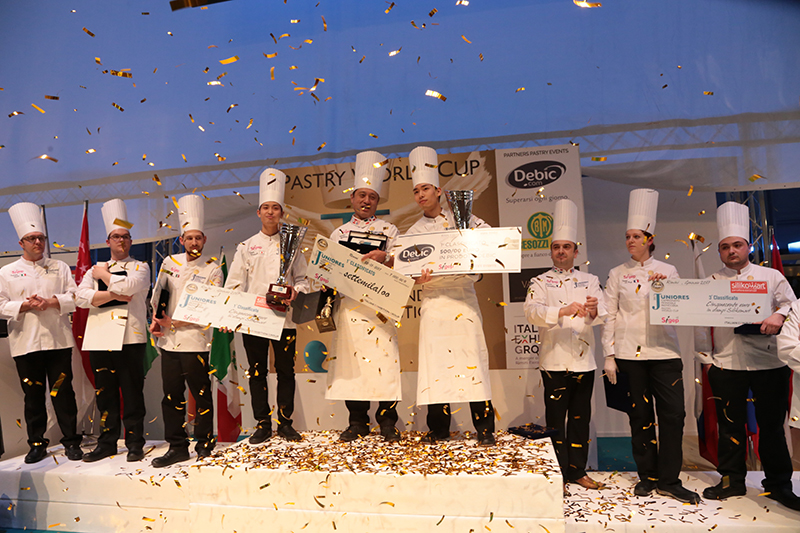 It was neck and neck to the last praline and in the end it was Japan who won the title of Junior World Pastry Champion at Sigep 2017. Second place went to Italy, but it was a very close thing: 3,918 point for the Japanese contestants, 3,912 for the Italians. Further behind, but still in the élite of world pastry making, France, with 3,733 points.

At Sigep, the international artisan confectionery expo, organized by Italian Exhibition Group at Fiera di Rimini, young pastry chefs from France, Japan, India, the Philippines, Singapore, Mexico, Poland, Russia and Italy competed for the title of Junior World Pastry Champion, the championship based on an idea by pastry chef Roberto Rinaldini that in recent years has offered an extraordinary appointment at which the world’s best new generations of pastry chefs have emerged.
Their creations were based on the theme “Planet Fantasy, the power of fantasy” and judged according to the quality of the creations, the care taken in the use of the raw materials and the perfection of the technical standards. The junior world championship was held in the Pastry Arena, with worldwide live streaming coverage, and re-transmitted at night to favour the national teams with different time zones.
The international panel of judges was headed by Francesco Mino, an Italian master pastry chef who has lived abroad since he was 16: he currently works in Saigon; Honorary President was Iginio Massari. The panel of judges was completed by the team managers of the national teams taking part.

This competition was a confirmation for Japan. In fact, two years ago in Rimini, its team came in first, ahead of France and Taiwan. This year, the team was again trained by Kajiro Mochizuki, pastry chef at Tokyo’s Imperial Hotel, which employs 55 pastry chefs: a great team manager for the Japanese team formed by the very young chefs Masato Yokouchi and Yuki Matsuda. Japan won the Best presentation table, Best cleanliness and preparation, Best gelato dessert in a glass, Best chocolate sculpture, and Best sugar sculpture awards.

The Italian boys Andrea Marzo and Mattia Cortinovis, trained by the pastry chef Fabrizio Galla, are runners-up in the world championship, winning the Best praline, Best modern Valrhona chocolate cake and Best plated dessert. The partial success in no less than three tests was not sufficient; Japan was able to do better, winning the other five. But all were very balanced with a final score difference of only 6 points.
“We can sum up this world championship in a world: experience. A year’s training, then this uncertain challenge in an extraordinary scenario at Sigep. We’re satisfied – we did our best and during the contest did better than over the previous weeks”, the two Italian boys comment. “If you like this world, take a chance, remember there will be sacrifice and hard work, but the satisfaction repays you well.” 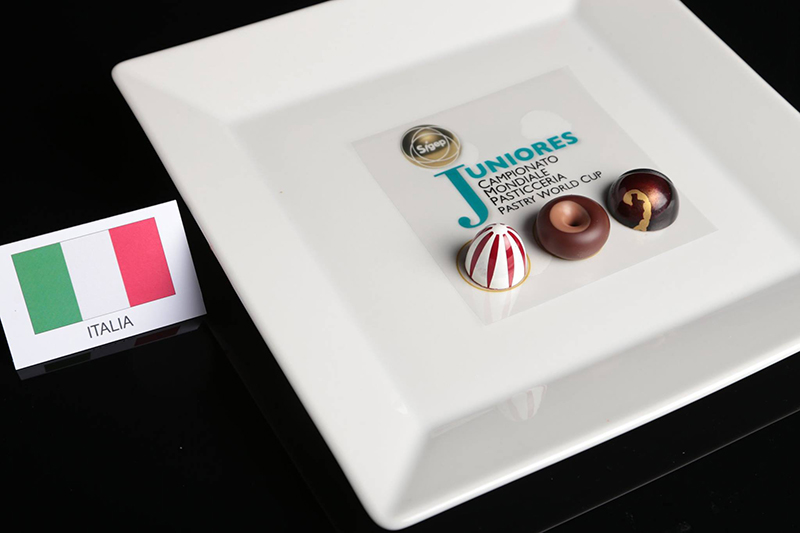 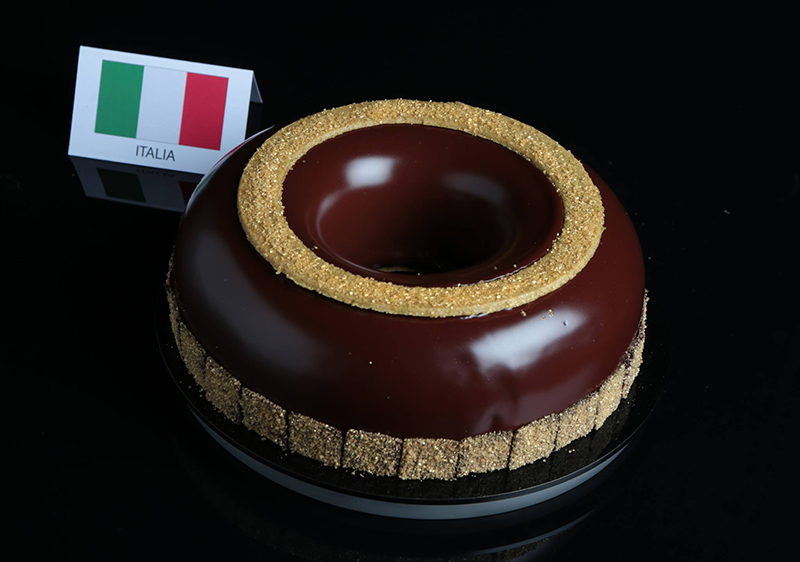 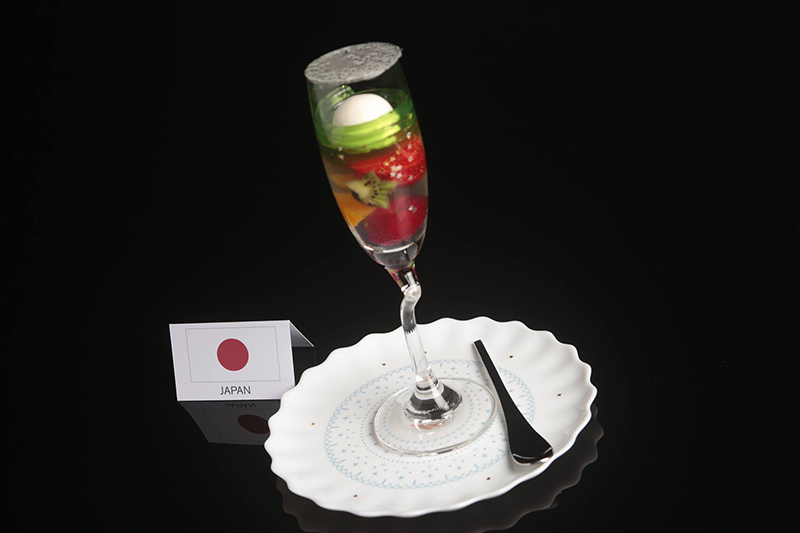 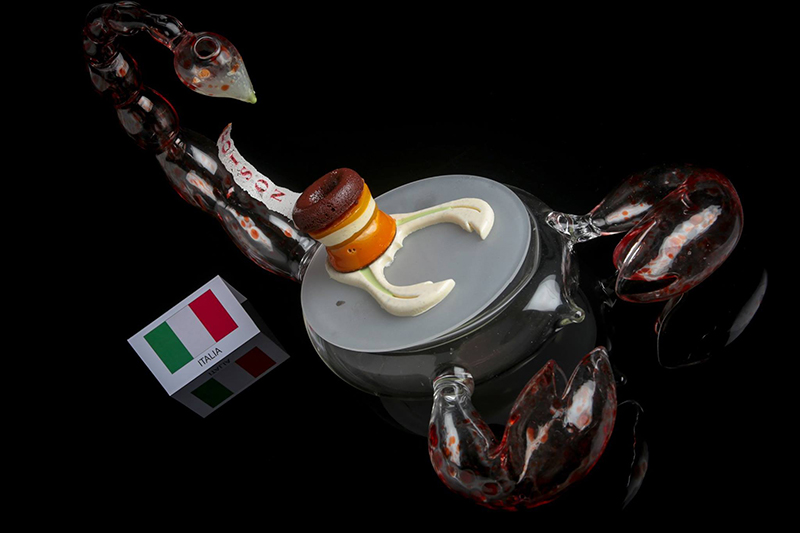 The young chefs Masato Yokouchi and Yuki Matsuda with their sugar sculpture. 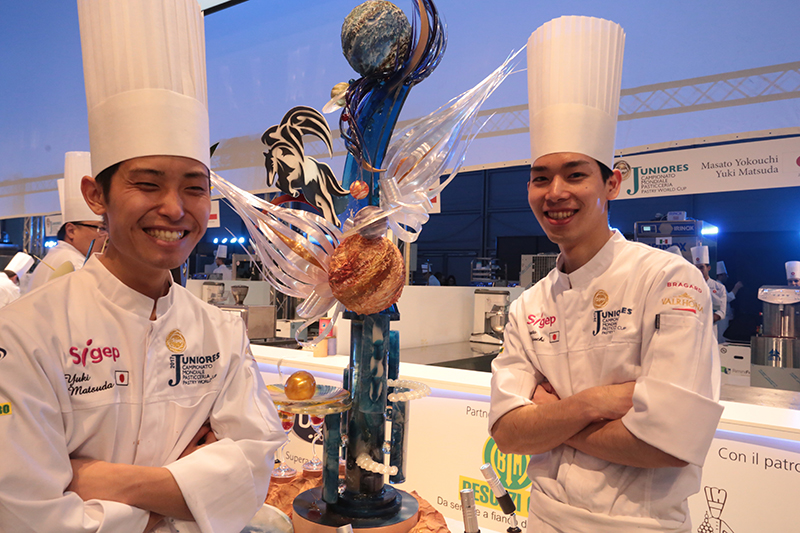 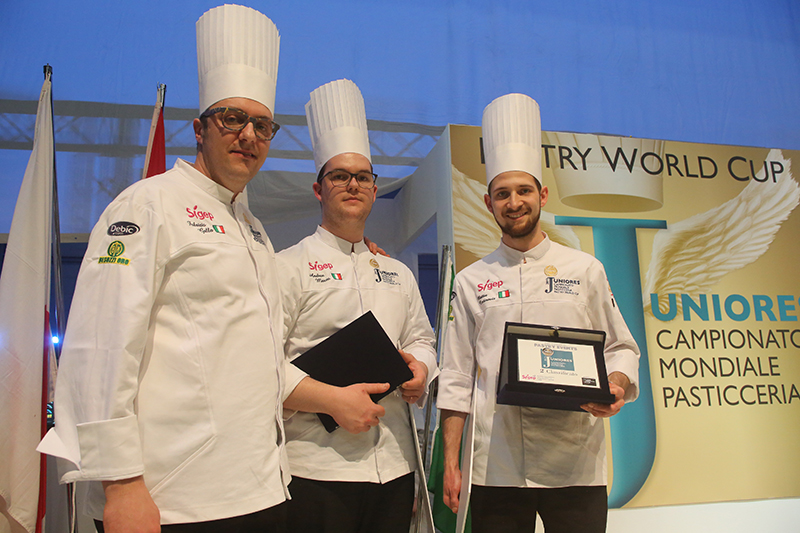 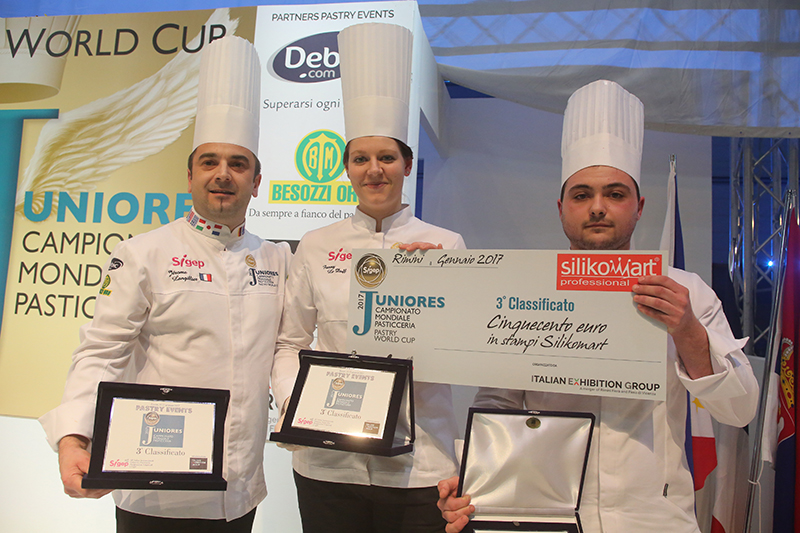