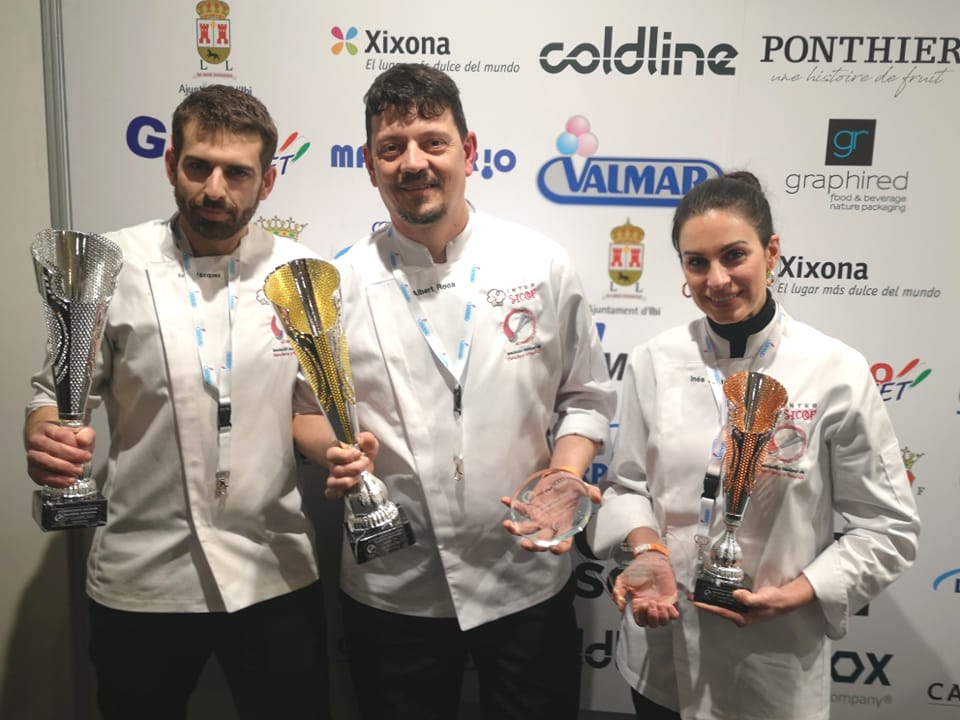 With a creation that revolves around a journey to the moon, Albert Roca, from Sant Croi in Barcelona and member of the Spanish Team at the Gelato World Cup in 2020, won the 4thedition of Spanish Ice Cream Champion, the competition organised by the Spanish National Association of Ice Cream Makers in February at InterSICOP, at Ifema Madrid.
The pastry chef created three identical buckets with flavours (of their choice), also evaluated for their look in the showcase, seven gelato cups and a copy, two identical gelato cakes, a surprise gelato and a buffet.
Roca presents a work that tributes to the frozen pastries and classic frozen desserts, with specialities such as crocant, pyjamas and whisky ice cream cake, as well as to the beginnings of cinema. From the combination of both of Albert Roca’s passions comes the theme of the Viaje a la luna, the best Ice Cream Cake.