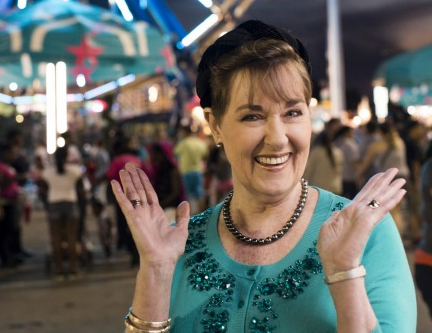 When Western Australia’s Kerry Vincent moved to Oklahoma with her American husband, she thought she’d lead a quiet life.

Then one day, a friend asked her to make a wedding cake.
by Stephanie Wood

A middle-aged woman driving a mobility scooter halts Kerry Vincent’s brisk progress through an expo hall full of cake. The woman, Jennifer, has a walking stick tucked between her legs and a camera in her hand. She wants to get a photograph of her friend, Darlene, posing with the Western Australian-born global cake legend.

I ask Jennifer and Darlene, who are from Arkansas, if they watch Kerry Vincent on America’s Food Network channel. “Yes ma’am,” says Darlene. “She’s better than a rock star to me. She’s amazing. She can be very detail-oriented, but she helps people learn.” 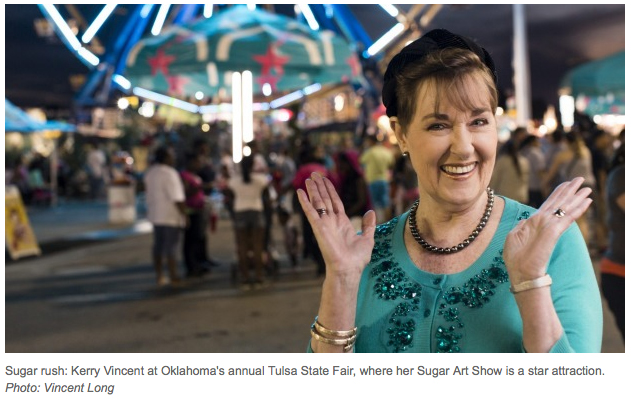 Vincent has already marched off through a fog of deep-frying food to attend to the details of her baby, the Oklahoma State Sugar Art Show, one of the largest of its kind in the world and a centrepiece of the annual Tulsa State Fair. I catch up with her and share the news of her rock-star status. “Not bad for an old lady,” she says, before muttering about unevenly spaced tables for the wedding cake competition entries, and a cake decorated with flashing coloured lights: “What the hell was she thinking?!” I tell her that, earlier, I’d overheard show visitors admiring the luminous confection. “Of course they do,” she says, crossly. “Let me tell you, the ugliest cake in the building will win the People’s Choice award, always.”
Kerry Vincent’s opinions are fiercely held and forcefully shared. The Tulsa-based master sugar artist likes to tell people that she’s been called the “Dominatrix of Decorating” and the “Simon Cowell of Cake”. As a judge on Food Network shows Challenge (about three million viewers per episode), Last Cake Standing and this year’s Save My Bakery, she has reduced contestants to quivering wrecks.
“If I keep telling them they’re fabulous, they’re not going to get better,” says Vincent. Over the years, brutal Vincent-isms have included, “[His] cake decorating was gaudy and looked incompetent,” and “The most awful-tasting thing I’ve ever put in my mouth”. The opinions are delivered in a voice to shatter glass. The tone is haughty. The accent somehow manages to be both deafeningly Australian and posh at the same time. The laugh is raucous.

In Australia, Vincent is still mostly a face in the crowd, despite her first local television outing in last year’s The Great Australian Bake Off. But in the United States, where cake contests make prime-time television, Vincent has built a serious fan base as a reality TV judge-villain-with-a-heart-of-gold. 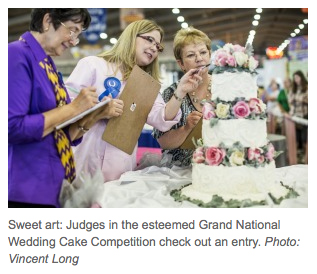 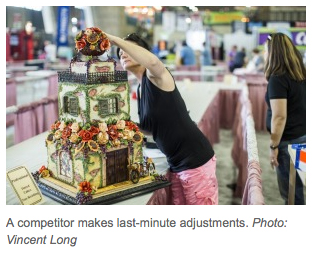 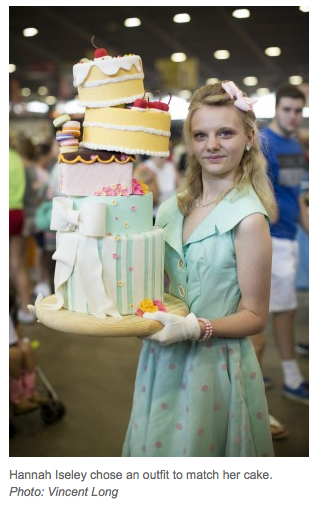 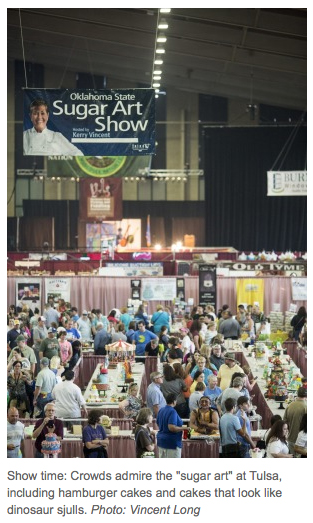