With gelato Alain Ducasse inaugurates the third chapter, very Italian-style, of the Manufactures project, i. e. another immersion in the fetish ingredients of the multi-starred chef, such as chocolate and coffee, which push excellence towards very high peaks. Matteo Casone, head gelato maker of the newborn Manufacture, and Francesco Padova, founder and owner of Blanqa, a company producing almonds and sorting of dried fruit, tell us about it

June 19, a hot Parisian Saturday with a storm approaching, was the ideal day for the opening of the first Alain Ducasse’s gelato parlor, located in east Paris, in the dense and young neighborhood of Bastille. Matteo Casone, a 37-year-old Bolognese, did not expect the literal assault by the Parisians attracted by the news of the new spot of the Ducasse galaxy. After a degree in Economica e Commercio in Bologna and an experience of about 3 years at Deloitte (a consulting and auditing services company), he decided to pursue his passion for the world of gastronomy. He trained in gelato making, worked at the Sorbetteria Castiglione in Bologna and opened, with Matteo Zini, La Mcelleria, his first gelato shop in Bologna and then 4 stores in Brisbane, Australia. Returning to Europe after the non-renewal of his visa, he worked as a consultant and trainer in gelato parlors, independently and for Cattabriga company. In July 2020, in the midst of the health crisis, he was called to meet Ducasse, who has been going to Bologna to follow his new project. 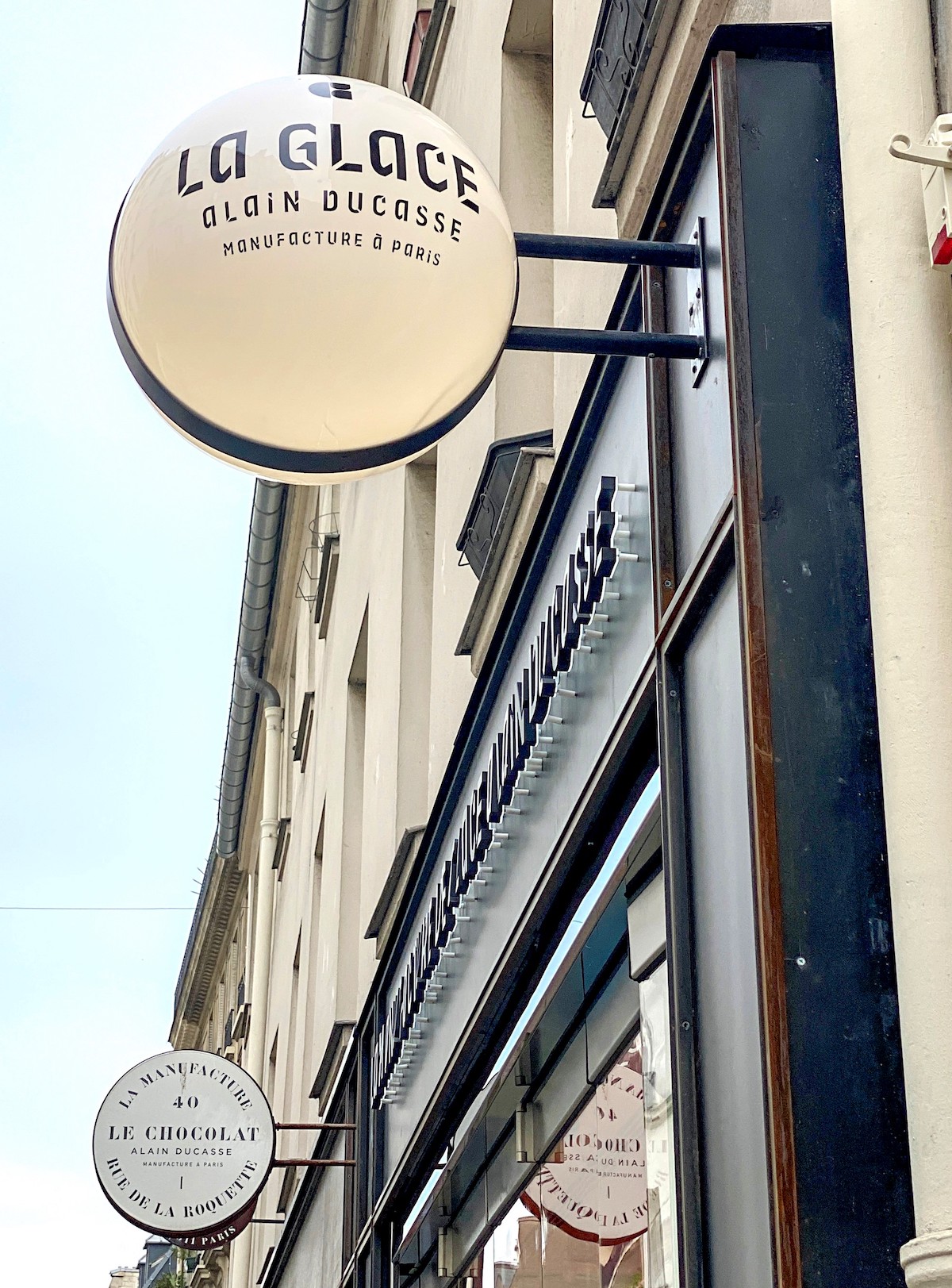 Hired by the French chef, Matteo met Jean-Marie Hiblot, the recently deceased executive chef pâtissier of the group, and project manager of the Manufacture de glace: “It was an extraordinary meeting – Casone confides to us –  it was as with a twin with whom it was not necessary to speak. We understood each other immediately”. Together they began to concretely translate Ducasse’s design of a glace à manger, intense et tout en aspérité (a gelato to be eaten, with its intensity and harshness) to be served fresh every day. To obtain this result Matteo, first with Hiblot and then alone in the laboratory, drastically reduced the use of sucrose (now used only for caramel and lemon sorbet in small quantities), favored the bitter tastes dear to Ducasse and to the Italian tradition as in the grapefruit sorbet, declined the acidic notes as in the currant and raspberry or Madagascar chocolate sorbet, and experimented with cooking and pastry techniques, such as ganaches, reductions, and dehydration in order to obtain the best tastes. For example, grapefruit is now candied in its entirety, then mixed with Campari and Vermouth and creamed without using the fruit juice.
Matteo also studied and interpreted the French  heritage: “for the Plombière taste, which I did not know, I started with almond paste, a little raw, with a lighter Italian cream base and a base of Kirsch and julienned candied fruit for a different flavor”. His approach is similar to that of a nose in perfumery, as for his pistache et citron fleur de sel, with pistachio roasted in the laboratory to produce the paste and infused in water for 24 hours for a concentrate of herbaceous and tannic notes.

After the creation of the Manufacture de chocolat in 2013 and of the Manufacture de café in 2018, this inauguration is the result of a long-thought-out project and it is the continuation of Ducasse’s gastronomic journey in the world of small business activities as manufactures, and his savoir-faire is distilled into many categories of the retail world. In practice, you leave the restaurant’s shrine for a a sort of street luxury experience, a sign of the times, that is now the most understood by the public, if well told. And Ducasse knows and knows how to communicate his high quality codes, which he applies to the selection of materials and their interpreters, and to conform to the business model of his group. “Gelato – says Francesco Padova, historical supplier of the maison – comes from the fact that it is contiguous to cocoa and coffee; they are complementary worlds and the purpose is to create a galaxy of experiences that have a coherence of system of values and consumption”. After the experience of chocolate, the first challenge launched and won, Ducasse has, in short, acquired the authority to attempt other adventures.
Starting from this reasoning, and from the brain storming that led to gelato, the starred chef recognized the technical and technological superiority of Italy, as with coffee, when Ducasse sought out the Marzocco company. He therefore chose Emilia-Romagna and Cattabriga, “because gelato belongs to the people who have made hedonism something philosophical”, says Padova, specifying that Casone was a translator of the Italian technological inputs and savoir-faire on the French scene. Moreover, the need for replicability is fundamental in the concept expansion model. Blanqa’s role is to offer a tailor-made service to Ducasse’s sartorial approach, supplying hazelnuts (in particular the Lazio hazelnuts), pistachios and almonds of the Val di Noto variety, a varietal blend created by the Sicilian company used by Ducasse to make his pralines and declined today into a secret personalized gelato assembly. 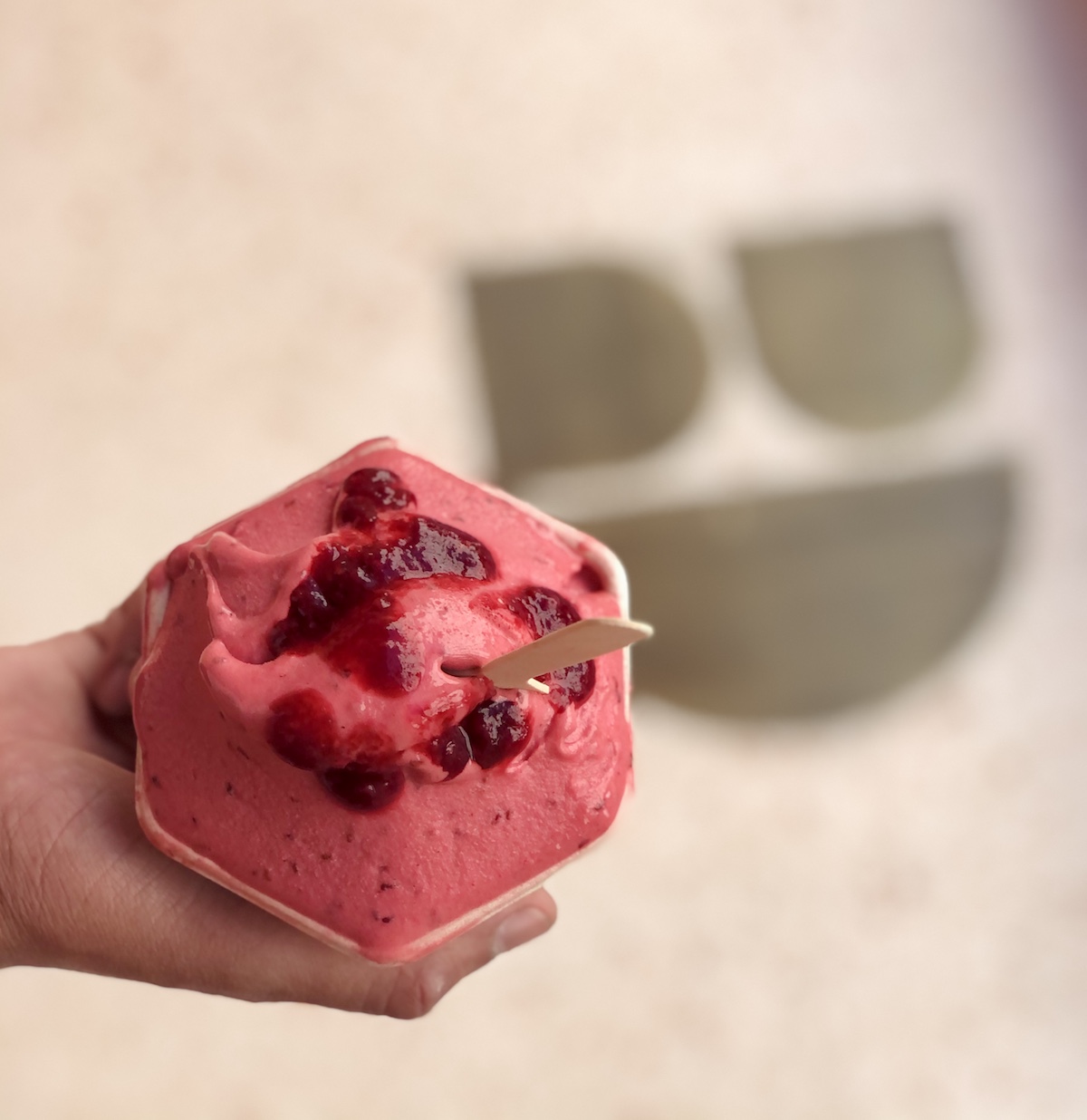 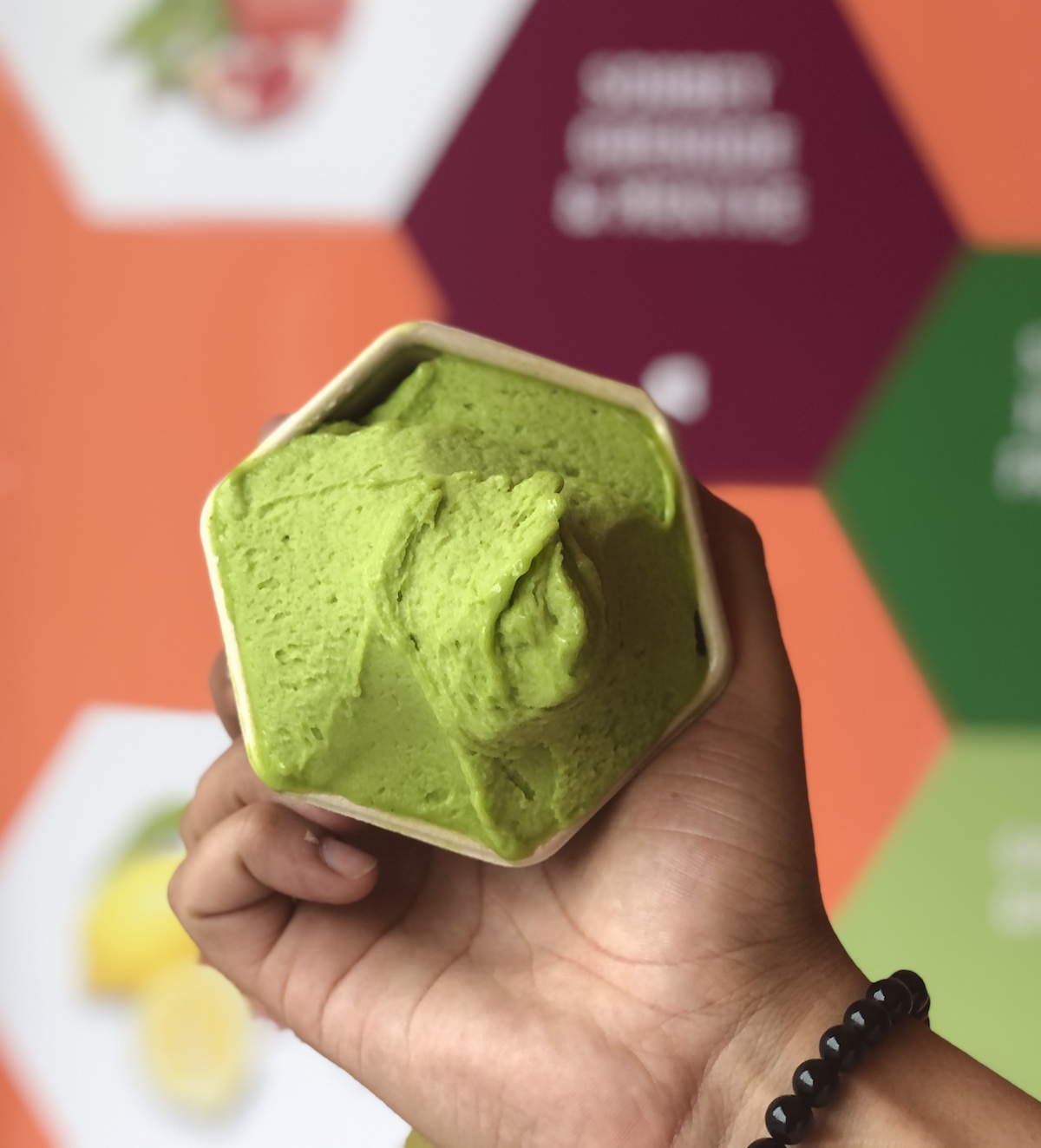 The opening that just took place has also turned out into a tribute to Hiblot’s creativity, thanks to the success of the best-selling herb flavor, coming from a recipe by the late pastry chef: basil, tarragon, parsley, mint and coriander with ginger for the spicy note.
In the first shop of Manufacture de glace, Casone and his team of 6 collaborators selected 16 flavors, including creams, sorbets and 2 granitas, one with almond and one with cascara of cocoa and lemon jam. In the Manufacture de chocolat shops, customers find a selection of smaller gelato wells with 8 flavors in rotation, while in other selected points of sale there are pre-packaged cups obtained through a specific creaming process.

21 Giugno 2021
Articolo precedenteWelcome to our new website!
Articolo successivoThe summer issue of “Pasticceria Internazionale” is out