The umami combined with sweet notes is the new trend in pastry for dessert not so sweet, based on scented seaweed and miso 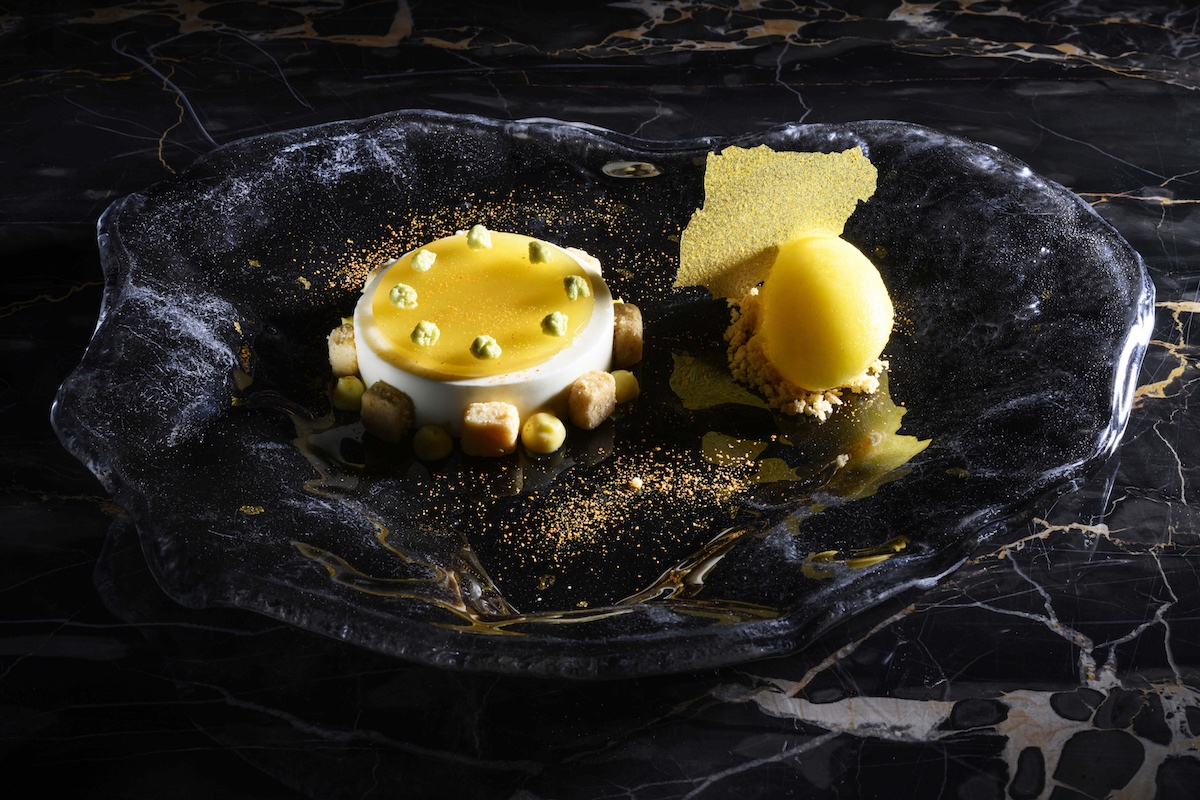 In 2020 the nutritionist Hanni Rützler defined sweet umami, proclaiming it the food trend of the future. It is the sweet version of the fifth sense, a combination of sweet and savory, the aromatic profile of miso mainly, and also of salted caramel and chocolate containing some crystal of salt. It has been defined as a ‘modern builder of flavors’ and chefs choose it to develop and give ‘depth’ to their recipes, balancing sweetness and adding complexity to both savory and sweet dishes.
In particular, there are fruit desserts which contain a combination of miso and peanut butter and strawberry-yuzu jam with toasted togarashi nuts; miso caramel is an ingredient of white chocolate custards; miso-maple butter accompanies mini biscuits and Jidori chicken sandwiches or Brussels sprouts with bacon. Speaking of gelato, miso caramel is an ingredients in kits including chocolate sauce, peanut butter sauce and chocolate and hazelnut crumble, while booza is said to be the original gelato, whose recipes date back 500 years to the first dairy freezing technologies developed in the Eastern Mediterranean region, with black walnut miso butterscotch as an experimental taste.

As an identifying trait of Japanese cuisine, sweet umami becomes a creative interpretation and the stylistic signature of kobachi, of Katsumi Soga’s sushi and of pastry chef Luca De Santi’s desserts at the *Michelin Iyo, belonging to the group headed by Claudio Liu, which includes AALTO (* Michelin), AJI delivery, and IYO Omakase sushi counter.
Sweetness is an intrinsic characteristic of Japanese cuisine and many recipes include a pinch or a few teaspoons of sugar, which is used not only to sweeten, but also to balance and to make the dishes more elegant. Food history reports that sugar cane is indigenous in Japan, where it has been cultivated for millennia, and there are different types of cooking sugar. In the past sugar was used to obtain energetic and satisfying food, while today it is helpful to reduce salt and fats in tasty food. From necessity to virtue, sugar has transformed at least in Japanese cuisine, while we westerners still demonize it sometimes and use it mainly for desserts.
Whether it’s dishes from the sushi counter or from the kitchen, Iyo combines umami and a note of sweetness. A contemporary touch is given by the processing technique (which looks to the future) and by new taste combinations, resulting in signature dishes such as Ika somen, a raw fringed squid, Royal Oscietra caviar, crunchy vegetables, quail egg and dashi soba sauce, rich in umami with the sweet note of mirin, or the wrong Dragon uramaki, with eel, foie gras, avocado, cucumber, shiso and Arima sansho, with eel cooked on charcoal and lacquered with kabayaki sauce (based on sake, mirin, soy, sugar, and honey).

Since Japanese cuisine is rich in sugar, meals end with non-sweet desserts, “which do not weigh down further and balance the rest of the menu with a touch of acidity”, explains De Santi. What to serve as a dessert in a restaurant? Iyo studies a new pastry “inspired by Japan but not stereotyped. It is not very sweet, with algae that smell of pineapple and ingredients such as native types of Japanese wasabi and rice”, the pastry chef explains.