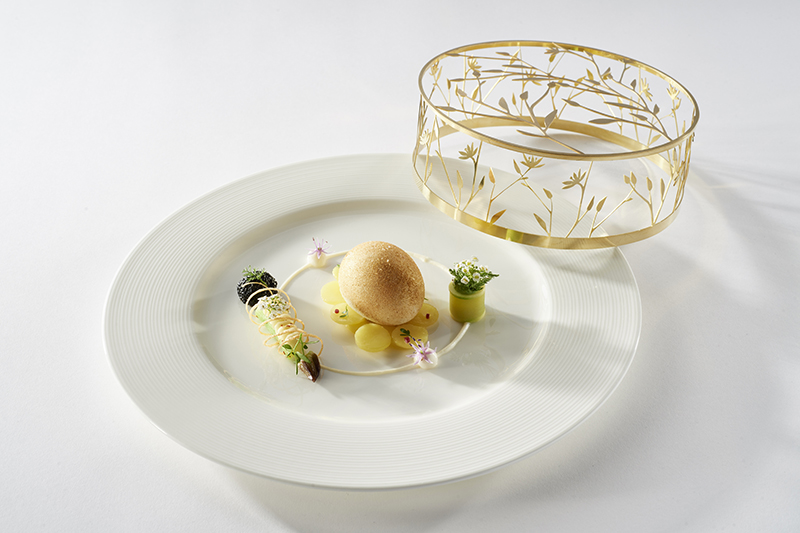 Christian André Pettersen from Norway wins the 6th edition of the Bocuse d’Or Europe after two breath-taking days of competition.
Sweden and Denmark also step on the podium and we now know the 11 European countries qualified for the Bocuse d’Or Finale that will take place in Lyon on Sirha trade show (France) in January 2019

Torino in Italy, heart of Piemonte, has been for 2 days capital of gastronomy, thanks to the European selection of the Bocuse d’Or. On June 11th and 12th at Oval Lingotto Fiere, as part of Gourmet Expoforum, in front of 1 300 over-excited supporters, 20 chefs from the whole continent performed during 5.35 hours with fierce, commitment and deep concentration. Their goal: a place to the finale of the most prestigious gastronomy contest of the world.
Among them, the 28 years-old Norwegian chef Christian André Pettersen convinced the high-level jury presided by Chefs Jérôme Bocuse, Tamás Széll, Carlo Cracco and Enrico Crippa, with the exceptional creativity and technique he used to transcend the simple yet exceptional quality products of the Piedmontese and Italian heritage.
By winning this continental selection for the 2nd time, and after 14 podiums in the history of the contest, Norway attested again to the outstanding quality of Norwegian and Scandinavian gastronomy.

The Italian chef Martino Ruggieri won at home a “wild card”, thanks to his performance, that gives ITALY access to the World Finale.
Along with them, Finland, France, Belgium, Switzerland, Hungary, Iceland and United Kingdom have won their place for Lyon and the Finale of the Bocuse d’Or, during Sirha trade show.

31 years ago, Paul Bocuse, Chef of the Century, created what has meant to become the world’s most prestigious gastronomy contest: The Bocuse d’Or. Over the years, the competition has revealed the greatest chefs on Earth and bring to light gastronomies of all regions in the world.
Today, after 62 national selections and 4 continental selections (Americas, Asia-Pacific, Europe and Africa), 24 candidates can access the finale and defend their colours during the Finale of a life-time.