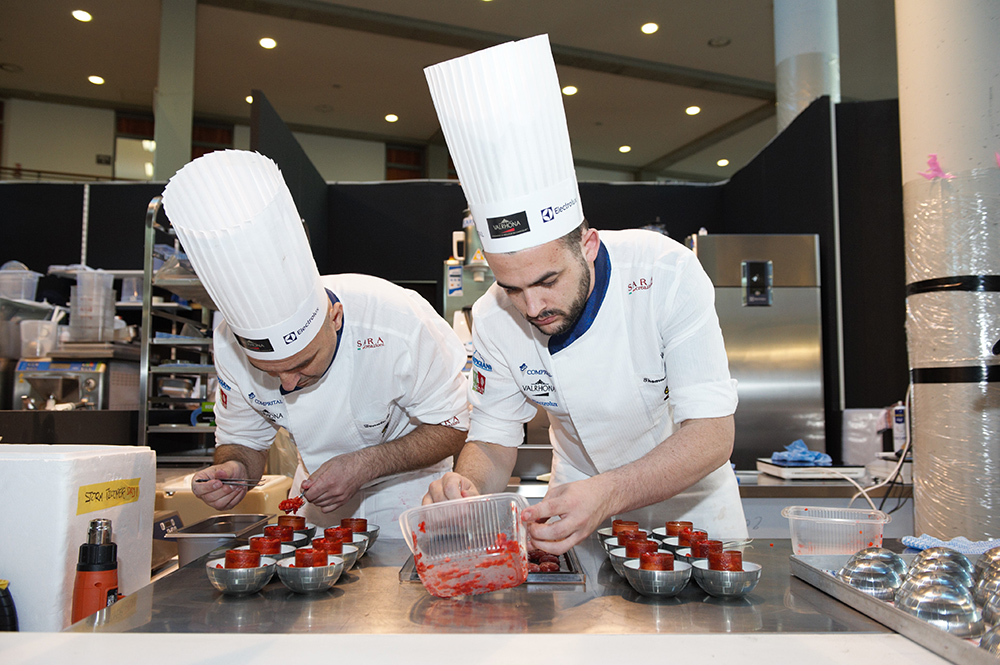 Organised by UBM and supported by the Singapore Pastry Alliance, the Asian Gelato Cup – the first official Asian selection for the highly accredited Coppa del Mondo of Gelateria (Gelato World Cup), will be held from 24 to 27 April 2018 , in conjunction with Food&HotelAsia (FHA) (Singapore Expo and Suntec Singapore).

As a region known for leading dietary and robust food trends, and Singapore being home to the Asia Pacific champion for the renowned Gelato World Tour and other emerging gelato-makers, FHA2018 is the perfect host for the official Asian selection of the Gelato World Cup. In delivering on its successful legacy for 40 years, FHA has added another feather in its cap – to unleash new gelato trends, bring about the best in creativity and professionalism, and showcase the artisanship of the finest talents in Asia.
12 teams from 10 Asian Countries and regions are confirmed, out of which three teams will emerge as winners and will get to represent their cities at the Gelato World Cup 2020 in Rimini, Italy.

The competitors will have 8 hours to prepare:

The winners will be selected by an esteemed panel of judges, including president of the Gelato World Cup, Giancarlo Timballo as head judge, Philippines’ TV celebrity chef Jackie Ang Po and General Secretary of Indonesian Pastry Alliance Louis Tanuhadi, among others. Medals and Certificates of Awards will also be given out for Best Gelato Cake, Best Plated Dessert, Best Artistic Showpiece, Best Tasting Gelato prize and Best Team Spirit.

“Introducing the Asian Gelato Cup here in Singapore at FHA2018 is the ideal choice as Asian consumers are becoming more discerning and diverse in their healthy lifestyle choices, and their desire for high-quality food ingredients, even in desserts. We look forward to growing the culture of gelato making in the region,” said Giancarlo Timballo, President of the Coppa del Mondo of Gelateria.”
“With the changing F&B landscape in the region, the potential to tap into consumers taste buds through frozen novelties will offer new opportunities for industry players. The inaugural launch of Asian Gelato Cup is set to encourage individuals, businesses and entrepreneurs in Asia to join the global frozen dessert industry, and tap into a market segment which is worth tens of billions of dollars worldwide1,” said Mr. Rodolphe Lameyse, Project Director, Food & Hospitality, UBM.
Capfruit, Carpigiani, Elle & Vire, Fabbri 1905, IFI, Irinox, KitchenAid, REDMAN by Phoon Huat and Valrhona are sponsors of the competition.