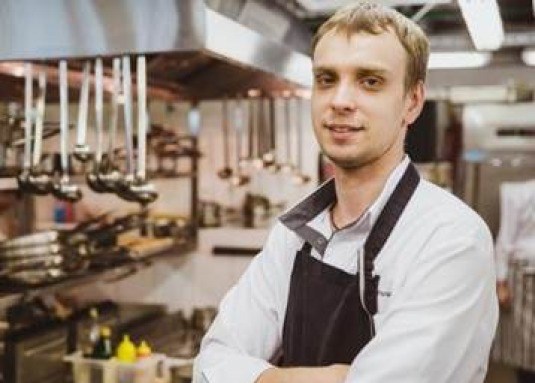 Russia has selected the young chef who will represent the country in the upcoming 2014 S.Pellegrino Cooking Cup, a culinary competition that takes place aboard a yacht in the lovely waters of Venice.

Winner Serguey Berezutskiy (pictured below) was selected during the Silver Triangle, an event sponsored by S.Pellegrino where young chefs showcase their expertise in preparing Russian cuisine. The Silver Triangle was held at the White Rabbit Restaurant which is considered to be one of the most spectacular restaurants in all of Moscow.
The reputable jury consisted of famous local chefs Nino Graziano from Semifreddo, Uilliam Lamberti  of Uilliam’s restaurant and Mircko Zago from ??? restaurant. The judge’s panel also included Wolfgang Raifer, managing director of Colterenzio Winery, food journalist Gabriele Zanatta (also the creator of Identità Golose restaurant guide), and Vladimir Mukhin, winner of Silver Triangle 2013).

Also on the panel was special guest juror Pierfrancesco Favino, the Italian actor and foodie who appears in the new S.Pellegrino ad campaigns. The jury tasted dishes anonymously before selecting Berezutskiy who happens to work with the White Rabbit Restaurant Group itself – a sheer coincidence since the judge’s didn’t know whose food they were tasting.

The article is taken by www.finedininglovers.com