Science of Bones in Kitchen 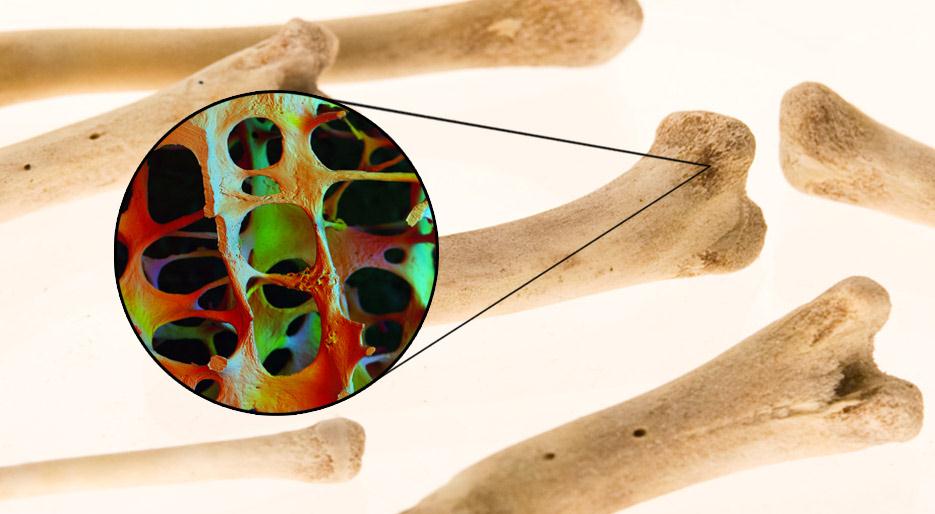 For once, let’s put aside table manners and admit that the best part of a meal that includes ribs – be them pork, lamb or beef – is that moment when you can finally wrap your fingers around the bones. There’s a certain satisfaction – for reasons both anthropological and physical – that comes from picking the meat off a bone. The bone, after all, contains many nutrients that are useful for our own bodies – and without getting into too many boring technical details, it suffices to say that bones are too often overlooked in contemporary cuisine: here, in these few lines, we shall try to give them the attention they deserve.

From a chemical viewpoint, a bone is primarily composed of calcium phosphate and collagen – a connective tissue that is responsible for most of the cooking benefits that bones can give to a dish. For example, when boiled for a long time, collagen forms a succulent gelatin. Veal bones, which are especially rich in collagen, produce the tastiest, most compact gelatin. Structurally speaking, the bone is a very porous material, which makes it a poor conductor of heat. This implies that any meat cooked on the bone will take a longer time to cook and will remain juicier. This is why a rack of well-done ribs (and ribs should never be too well-done) will still have a bit of blood near the bone. And since bones contain a lot of fat, it adds flavor to the meat during the cooking process.

Now that we understand why cooking meat on the bone is so special, let’s look at the best techniques and tips for doing so successfully.

Always choose meat on the bone, when possible – no matter how you’re going to cook it.

It’s best when the meat comes still attached to the bone. If you have meat and none of it is still on the bone, you can “cheat” by wrapping it around a bone anyway. This trick works very well with roasted meat rolls. If you have a compact roll of meat, cut a slit and insert a nice bone inside.

Bones can be frozen. When you go to the butcher, get some extra ones and put them right in the freezer for later use.

All bones, but especially veal bones, are great in stews. The more you add, the richer the stew or soup will be. But don’t overdo it, or there will be too much fat in the dish.

A rich bone and vegetable broth can be poured into molds. Once chilled in the fridge, they’ll gelify and can be used as bouillon. Who would have ever thought that the humble bone could be so useful? And since the efficiency of an ingredient is best proven with simple dishes, here’s a recipe for broth.

Yes, a simple broth – but not ordinary by any means: it’s a toasted veal bone broth. The secret is to put the bones in a very high oven as the first step. Since collagen is a protein, bones lend themselves perfectly to the Maillard reaction, and they take on a lovely toasted flavor. To make this broth in a professional way, you’ll need two or three kilos of veal bones – and if you can, make sure they’re large, as the big ones have more marrow.

Then you’ll need about 5 liters of water, salt, a kilo of onions, half a kilo each of celery and carrots. And you’ll also need lots of time – lots. The first step is to put the bones in a large baking dish and place them in a preheated 200 °C oven for about a half hour. In the meantime, wash and roughly cut the vegetables. When the bones are ready, transfer them to a pot, eliminating the fat, and place them in a liter of water. When the water comes to a boil, skim the bottom with a wooden spoon, freeing all the tasty residue so that it floats freely. Then add the vegetables, a handful of salt and wait until the water boils again. When foam begins to appear, skim it off the top.

Let the broth boil for at least 5-6 hours, adding water when it evaporates. When the broth is ready, pour it through a strainer into another large container and let it cool to room temperature. At this point, the broth can be stored in the refrigerator.

This will probably be the tastiest broth you have ever experienced: sip it as a soup on a cold evening, or use it as a base ingredient for risottos or other soups. And when your dinner guests ask, what’s your secret? Be brave enough to answer: “bones!”.