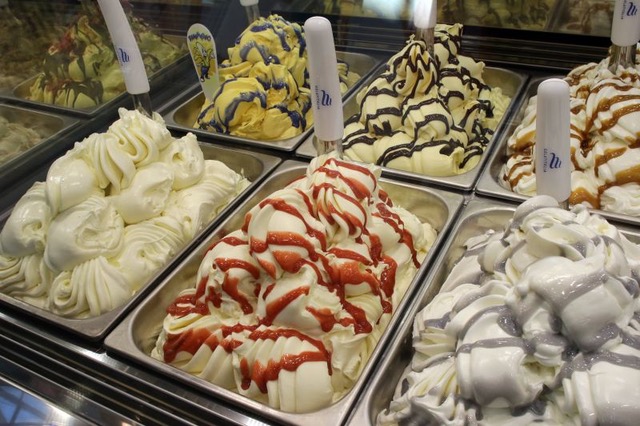 Forty years of successes for artisan confectionery, forty years of SIGEP. From 19th to 23rd January, at Rimini Expo Centre, Italian Exhibition Group will celebrate the event along with the key players of the world of the great Italian and international trade of products and technology for gelato, pastry, bakery and coffee.

After the record-breaking figures of the previous edition (with 135,746 Italian buyers and 32,202 foreign buyers from 180 countries), SIGEP is ready to accelerate further, in coherence with development strategies outlined by IEG’s five-year industrial plan. A plan under the banner of investments in structures, innovation and internationality, in order to confirm its roles as the major international hub for the foodservice channel.
The ingredients that ensure the expo’s success are well-known and appreciated: the participation of the leaders in a logic of integration between product chains, international contests, reunions of the world’s confectionery Masters and specialist training.

THE TOP 2019 EVENTS
SIGEP will host the 5th edition of the Junior World Pastry Championship, with the participation of 12 of the best under-23 pastry chefs from five continents.
As far as gelato is concerned, at SIGEP Gelato d’Oro, at which the finalists of the nine scheduled appointments during the year in Italy will compete, to select the team that will represent Italy at the IX Gelato World Cup 2020.
For the world competition, in February in Mexico City, and in April, in Singapore, the first foreign selections were staged for the Gelato World Cup, at which the first four teams were chosen to compete in Rimini in 2020: Mexico, Singapore, Malaysia and Japan. In 2019, the selections will continue until the number of teams reaches 12.

AMBASSADOR OF ITALIAN-MADE PRODUCTS WORLDWIDE
SIGEP is promoting various appointments worldwide to spread the sector’s Italian-made products and set up business relations, in order to further raise the expo’s international profile.
In particular, the expo supports and promotes two large events: Gelato Festival, which, after the first Italian dates (in Florence, Rome, Turin and Milan) in June and July will move round Europe (Berlin, Warsaw, London and Vienna) and then between August and October in the USA (Jersey City, Denver, Chicago, Washington DC, Los Angeles, Dallas, Scottsdale and Tucson).
Moreover, Barista & Farmer, the talent show dedicated to the coffee world, being held in the coming days in Colombia and presented in February in Melbourne, will also be in Amsterdam in June and Belo Horizonte in November.
The key international events of the Pastry Events will have presentation appointments in Manila and Gurgaon (India), in September, and in Lyon, in October.

AN ALLIANCE FOR THE ENTERPRISES’ BUSINESS
SIGEP is addressing the coming years with the strength of its solidity and acknowledged world leadership. With this in mind, it is worth remembering the recent four-year renewal of the agreements stipulated with Acomag and AIIPA, respectively Italy’s National Association of Manufacturers of Gelato Machinery, Decor and Equipment, which represents the 14 most important Italian manufacturers of machinery and showcases/counters for artisan gelato (whose machinery covers 90% of the world’s production), and the Italian Association of Food Product Industries, Gelato Products Group, one of the country’s main industrial organizations, a member of Confindustria, which includes over 300 companies of which 25 are part of the Artisan Gelato Group.