Success for the Cacao Barry Ambassadors 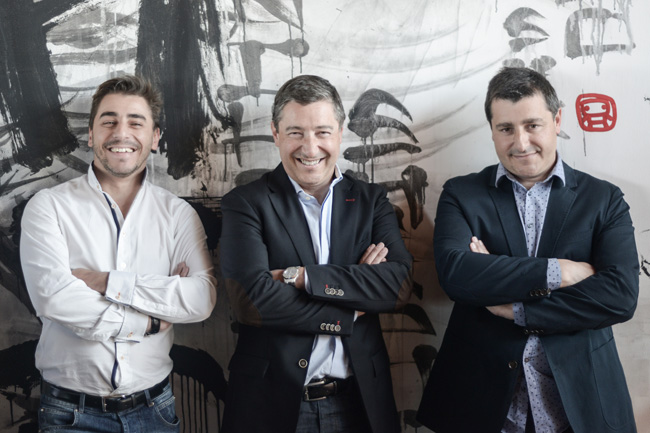 Cacao Barry, the Premium Chocolate partner for passionate artisans since 1842, was chosen for the third consecutive year to be the exclusive chocolate sponsor of the World’s 50 Best Restaurants event, which happened in London, Uk, the 29th od April. The World’s 50 Best Restaurants event is the list of the 100 top-restaurants chosen by 800 voters (chefs, experts in Gastronomy, or very passionate people) spread around the globe. Ferran Adria, famous ex-chef of El Bulli in Spain says: “the World’s 50 Best” is the Oscars of the Gastronomy”, « the List to Be In » in the world of the modern fine dining cuisine. During this international meeting, the World’s 50 Best Academy, which gathers 837 members, chosen for their expertise and knowledge of the restaurant world, had to elect the Best Restaurant in the world for 2013. This year and for the first time after three years of Danish supremacy, Joan, Josep and Jordi Roca from El Celler De Can Roca Restaurant, in Girona (Spain) won the title among 500 nominated Chefs. Member of the Cacao Barry Ambassadors Club, Jordi’s wish is to learn more about products. On one hand, being Ambassador is helping  him to improve his technical knowledge of each chocolate, to be able to correctly manipulate them, and “play” with them. On the other hand, he learns more about their origins and history, to enhance the stories associated with his desserts: “Origines are definitely a key point” he says. Other Cacao Barry Ambassadors were also ranked in the list: Sergio Herman, 3* Michelin based in The Netherlands with his restaurant Oud Sluis, took the 35th position, and Gert de Mangeleer, was 78th with his trestaurant Hetorg Jan, based in Brugge, Belgium.
Cacao Barry has reinforced its legitimate position  in Top End Restaurants business by joining this family through a great outstanding attendance at the ceremony. Philippe Betrand, Meilleur Ouvrier de France and Head of the Cacao Barry Chocolate Academy™ Centre in France, and Martin Diez, Pastry Chef at the Cacao Barry Chocolate Academy™ Centre created an amazing chocolate buffet for the 150 guests. During the Ceremony, Cacao Barry also awarded Luke  Dale-Roberts, Chef of The Test Kitchen (Capetown – South Africa) as the “one-to-watch” restaurant. This specific prize celebrated the high potential of this restaurant. We’ll certainly hear from him in the coming years!