Sylvia Weinstock, the Queen of Cake 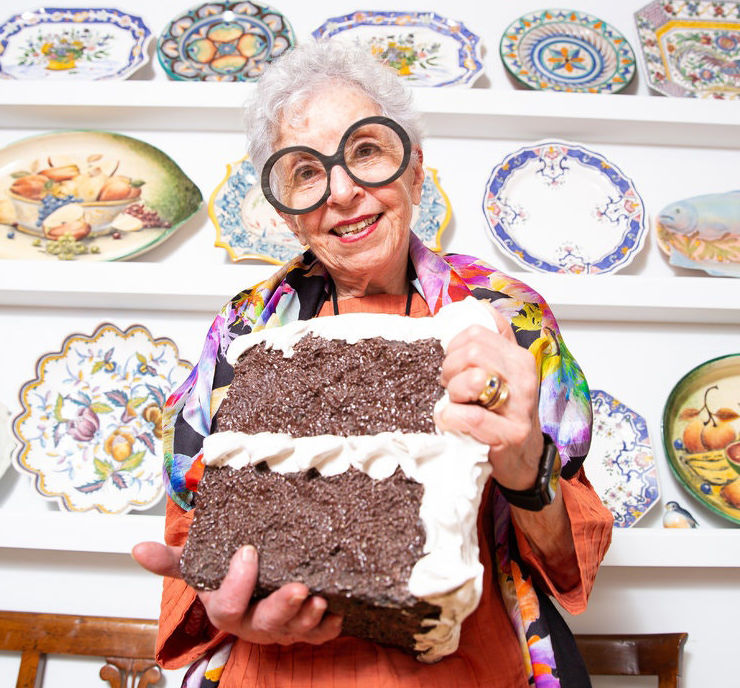 Better known as the Queen of Cakes: Sylvia Weinstock, 89-year-old Brooklyn native, was also called the Leonardo Da Vinci of cakes. She lives in the TriBeCa neighborhood in Manhattan and has three daughters. She is famous for her ornate, colorful and realistic confectionery designs. Her wedding cakes are made with high quality ingredients, to ensure taste and freshness: “To be a good pastry chef, you need to know about the material you’re working with besides being creative and making it beautiful”, she explains.

Sylvia has developed wedding cakes for Michael Douglas, Catherine Zeta-Jones, Billy Joel, Mariah Carey, Sofía Vergara, Oprah Winfrey, Kim Kardashian and Martha Stewart, just to name a few. But she began baking professionally when she was 50, after surviving breast cancer.
The lady, a former schoolteacher in Long Island, had a shop on Church Street in Manhattan, which closed in early 2018, after her husband, Ben Weinstock, fell ill. Then she began collaborating with the Ladurée Paris pastry company to create a line of wedding cakes and mini desserts called Sylvia Weinstock pour Ladurée.
His professional history in the world of confectionery began when William Greenberg, baker of the Upper East Side, in business since 1946, began to pass orders to her and he advised  her to enter in the cake business. At the time of closing the shop on Church Street, Sylvia had three floors and more than 15 staffers. One floor was used to greet people and where the flowers were made. Baking, icing and cake structure was done on the third floor. The elevator would take the cakes to the basement, which we turned into a walk in refrigerator. I lived on the fourth and fifth floors.

Among her most unusual creations, there are carved cakes in the shape of Bentley with the the bride and groom figures sitting inside; a copy of the house the couple bought with a for sale sign saying, Just married; a box with shoes inside for Steve Madden. And Sylvia also has stories to tell about last-minute emergencies, like when she received a call from the banquet manager at 7.30pm on Saturday night, because someone had damaged the cake protection screen and she had to go to Hotel Pierre with extra  flowers and icing.

She coutions brides:  “You’re the host”. You have to work on something that pleases the palate of the guests. By opting for a multilayers, for example, you can have multiple cakes of different quality. Guests who cannot eat one, could eat the other. To the question, “What’s the biggest change you’ve seen in the cake business?”, she underlines how many of her imitators think they are pastry chefs, but they are not. They don’t use the same high quality ingredients or they do not have the same decorating skills. “Most use fondant. I hate fondant,” she says, specifying that she only uses butter cream. “The cake is the flagship of a ceremony. Most people don’t remember the food, music or  flowers, but they remeber the cake even after 30 years,” she says.