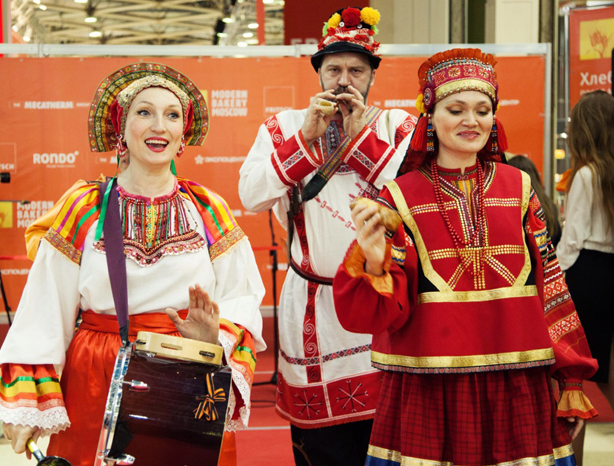 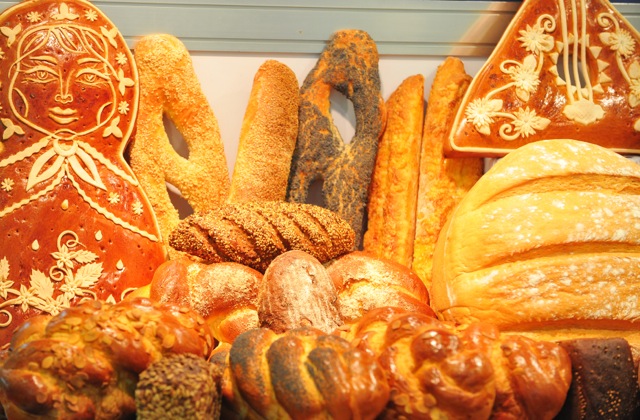 The 20th Modern Bakery Moscow will take place from 23 to 26 April in the Expocentre Fairgrounds in Moscow. It is celebrating its anniversary as the leading trade fair for confectionery and bakery in Russia and the CIS. With 243 exhibitors and 15,000 trade visitors, it is the most important information and contact platform for the Russian bakery and confectionery industry. The fair covers the entire spectrum of the sector: from systems and machines, laboratory and measurement devices, refrigeration technology and air-conditioning, packaging technology and machines through baking ingredients, ready-made products, fast foods, ice-cream, pasta and pizza, right up to coffee shop design and shopfitting, distribution and sales as well as process optimisation. Additionally, every year, there is a comprehensive and informative supporting programme that addresses current developments in the international and Russian market.
Sugar, chocolate, cake everything revolves around these three categories at the Moscow Confectionery Art Cup, the first confectionery competition which will take place during the fair. A top expert jury will be selecting the master of his trade on three of the four event days and award prizes for the best sweet temptations. “We are delighted to be hosting this competition for the first time. Visitors can look forward to an exciting and creative competition with impressive performances”, explains Bernd D. Fichtner, event manager of the fair.
Professionals will be competing on three days in the following sequence: sugar, chocolate and cake creations. From 10:00 to 12:00 the participants are required to prepare their works of art. The jury then evaluates the results by 14:00, and this is followed by the award of a prize for the best presentation. “Talent, creativity and time management are essential for succeeding in this competition”, adds Fichtner.
All it takes to register for the confectionery competition is an email to info@modernbakery-moscow.com. All interested parties will receive a registration form from here. Participation in the individual categories costs 120 € for each event.

A fascination with coffee – the master Bach and the coffee cantata
The topic of coffee and the enjoyment of the little pick-me-up has been a multi-faceted topic for many years. Even Johann Sebastian Bach himself composed a small declaration of love to coffee in 1735 entitled “Coffee cantata”. This Bach cantata sketches a scene from common life in his time in a humorous and ironic manner: by means of threats to his daughter Liesgen, Mr Schlendrian attempts to wean her off the bad habit of drinking coffee every day. It is only when he holds out the prospect of marriage to her that she initially relents, although she lets it be known secretly that she would only accept a man who would also allow her to drink coffee at any time during their marriage.

Coffee today – figures, dates and facts worldwide and in Russia
The coffee business today is a worldwide market with a high turnover and profits. All over the world, more than 25 million coffee farmers are engaged in the production of the little beans today. Around 30,000 cups of coffee are drunk every second around the globe, corresponding to an annual number
of 912,500,000,000 cups. Russia’s coffee imports have also risen considerably in the last few years. This conclusion can be drawn from the imports, as shown in the following table. This development is also confirmed and underlined by other statistics. For example, coffee shops
have made a successful appearance in the Russian market since 2000. The first modern coffee shop in Russia was opened in St. Petersburg in 1994. Today there are over 80 coffee shop chains and bakeries in Russia, with over 1,340 businesses. The HoReCa segment has shown high growth
figures, thanks to high, consistent demand. The complete potential in this regard is nowhere near close to being realised yet. By the end of 2012, there were around 5,200 coffee shops in Russia. By comparison, in 2010 there were only around 3,200. This equates to a growth of around 40% in two
years.
www.modernbakery-moscow.com