The 7th edition of the Gelato World Cup 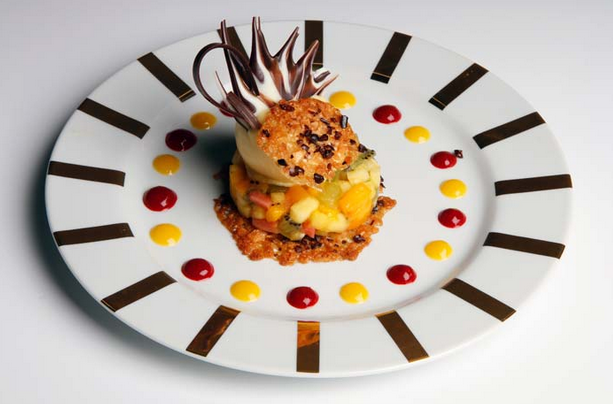 Three days of hard competition in front of a live public:
from 23rd to 25th January in the spectacular setting of the South foyer at Rimini’s SIGEP,
14 teams from all over the world will compete for first place, showing their skill

There will be a total of 70 pros in the 14 teams from 5 continents, selected to take part in the 7th edition of the Gelato World Cup, 3 teams more than the last edition, held in 2014.
Competing for the unique Gelato title, the teams will be from: Argentina, Australia, Germany, Japan, Italy, Morocco, Mexico, Poland, Spain, Switzerland, USA;Chile, Uruguay and Singapore are the fantastic extremely interesting new entries in the Cup.

Following a year of worldwide heats, the teams taking part in the international contest from 23 to 25 January 2016 will compete in Rimini Fiera’s South foyer at SIGEP.
Each team will be made up of a gelato maker, a pastry chef, a chef and an ice sculptor and will be led by a Team manager – trainer, a highly qualified professional who will be a member of the panel of technical judges, alongside which there will also be an artistic jury.

The 14 nations will fight it out in seven tests and the Cup’s organizers will give each team free choice of the theme to be followed. So, as well as technique, taste and presentation, the relationship with the chosen theme will also be judged.
The gelato makers will have to prepare a gelato cup with assorted flavours, a gelato cake, four types of chocolate gelato petit fours for a maximum weight of 40 grams including decorations and will also have to show their skill in what is perhaps the most intriguing test of their ability, called the Mystery Box, for which they will have to realize a gelato flavour (and explain its recipe and make-up), using ingredients that will only be chosen and announced at the beginning of the test, to be presented in a traditional cone.
The chefs will have to prepare three hot finger food sample matched with savoury gelato chosen by the team.
The main new features will be the artistic tests, in which, as well as the ice sculpture, which will be made every day in front of the public, the teams will have to make an ice baseboard, with the inclusion of flowers, fruit, nuts/dried fruit, greens and spices, or other edible ingredients.
The pastry chefs will have to demonstrate all their skill, by realizing a sculpture in brittle, entirely made and assembled on-site.
Another new feature at the 2016 edition: the compulsory use of absolutely pure mineral water for making all entries.
As usual, all work will be carried out live before the public, transmitted in streaming and then presented (and judged by the Artistic Jury) in the final buffet,which will be set up on the last day of the Cup, Monday 25th January, on the contest site.