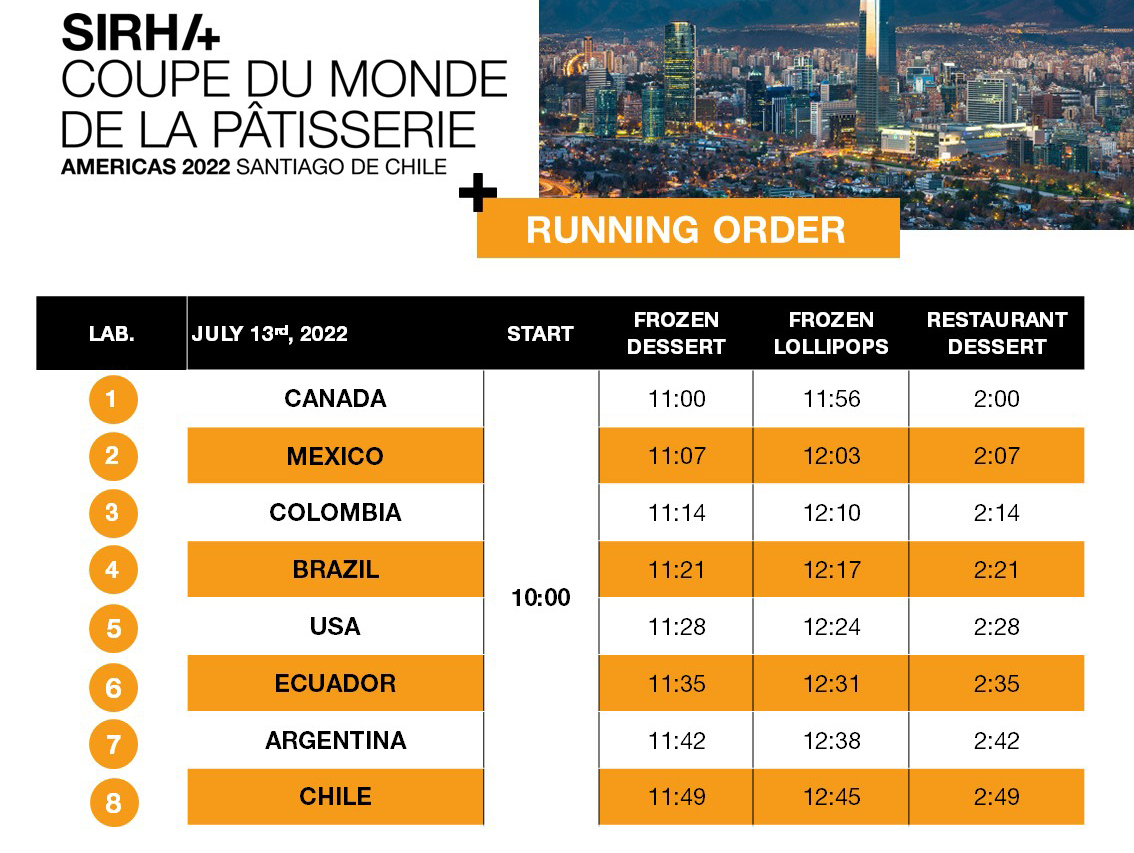 After several editions in Mexico, the Americas selections of the World Pastry Cup and the Bocuse d’Or are taking place for the first time in Chile. The Metropolitan Santiago, a convention center managed by GL events, the organizer of the competitions, will host these two international culinary competitions showcasing the best pastry chefs and cooks from the American territories on July 13th and 14th, 2022.
With more than 4,300 km of coastline bordering the Pacific Ocean and a wide range of climates, Chile has a rich culinary heritage of seafood and vegetable crops. As the world’s second largest producer of salmon, behind Norway, and a major grower of avocados, grapes and raspberries, this host country is also promising on the gastronomic scene.
For this 2022 edition, the Americas selection of the World Pastry Cup opens its doors to North American Countries. On Wednesday July 13th, 8 teams will compete during 5 hours of competition. In running order: Canada, Mexico, Colombia, Brazil, USA, Ecuador, Argentina, Chile. The three best teams will join the 6 teams already qualified for the Grand Finale of the World Pastry Cup (Denmark, France, Italy, Japan, United Kingdom and Sweden) at Sirha Lyon on January 20th and 21st, 2023.
On Thursday July 14th, the Bocuse d’Or Americas, presided this year by Sebastian Salas, president of the gastronomic committee of Chilean Gastronomy Association, will take over the stage at the Metropolitan Santiago and will see Guatemala, Canada, Colombia, Bolivia, Mexico, USA, Chile, Ecuador compete (in this running order).
At the end of the competition, the jury, under the presidency of Davy Tissot (Bocuse d’Or 2021), will qualify the 5 best teams to participate in the Grand Finale of the Bocuse d’Or, also scheduled during next Sirha Lyon, on January 22nd and 23rd, 2023. 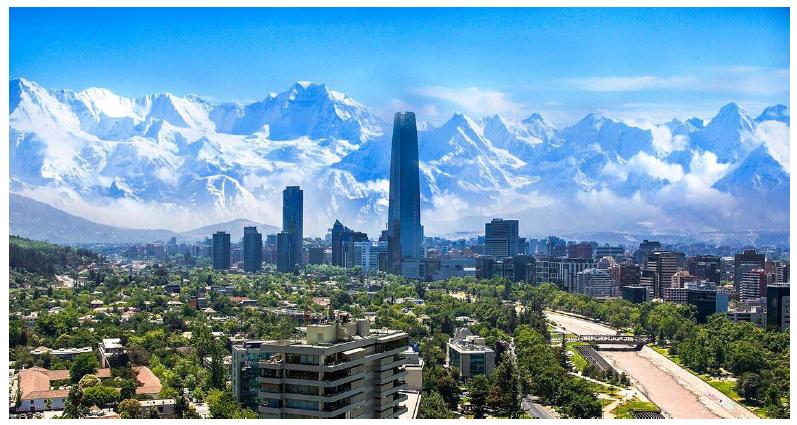