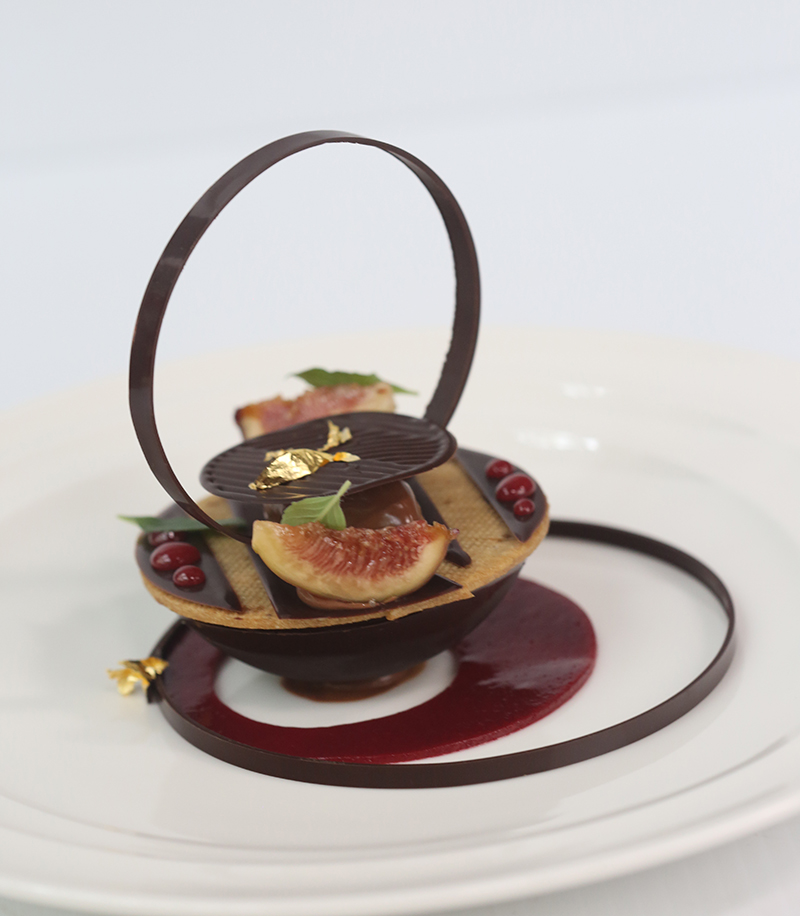 After regional selections and months of preparation in Indonesia, the executive pastry chef Yusuke Aoki, from the Four Seasons Hotel Resort in Bali, takes home the trophy of the International Final Chocolate Chef Competition Vlarhona C3 2018, at the StarChefs Congress on Monday the 22nd October 2018 in Brooklyn, New York.
The runner-up of the only international pastry competition in the US is chef Ettore Beligni from Italy, and the winner of the Press Prize is chef Cyril Gaidella from France.
Read more for the gallery of pre-dessert and dessert

For their fourth partnership with StarChefs, Valrhona gathered an exclusive selection of pastry chef competitors who were judged by an amazing line-up of renown Chefs including Chef Antonio Bachour (USA), Claire Heitzler (France), Ramon Freixa (Spain), Cristina Bowerman (Italy), Sebastien Serveau (France), Christelle Brua (France), Daniel Mongraw (Canada), Fredrik Borgskog (Sweden) and Karim Bourgi (United Arab Emirates). Chef Keegan Gerhard was for the second year in a row the Master of Ceremony of the Chocolate Chef Competition and helped make this event even more special.
This year’s judges feedback was unanimous: the level of the creations made by the eight candidates was very high and the results extremely tight. The candidates had to prepare 10 pre-desserts and 10 plated desserts on the theme Design 100% Chocolate” and “Think out of the Mold (and ring)”, using NYANGBO 68% from Ghana.
Chef Yusuke Aoki told Valrhona representative that “He was extremely happy to win this year C3 and couldn’t wait to get back home to celebrate with his family and friends. … He loved competing for the C3 and made him grow tremendously”.

Chef Aoki (Indonesia)’s pre-dessert (left) was inspired by the marriage of OPALYS 33%’s delicate and milky flavor with the unique and powerful fragrance of the Balinese kaffir lime and the Japanese Shiso leaf.
Chef Aoki (Indonesia)’s plated dessert (right) was a “Variety of NYANGBO 68% with Cinnamon Kombu Ice Cream, Sansho Pepper, Red Wine Fig confiture.” It’s a harmony between NYANGBO 68% and the unique flavor of the Kombu seaweed, paired with red wine and seasonal figs, and a touch of Japanese sansho pepper to add a tingling and numbing sensation after the chocolate. Also featured is a 60% HAZELNUT PRALINE sable. 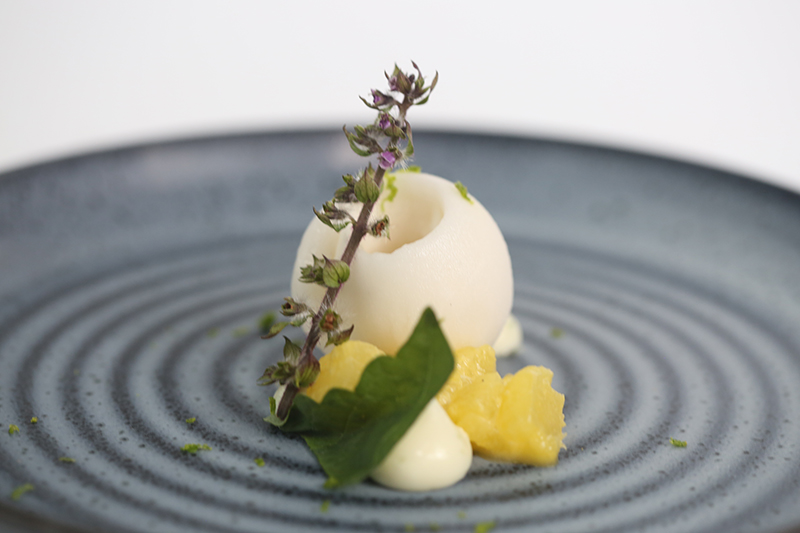 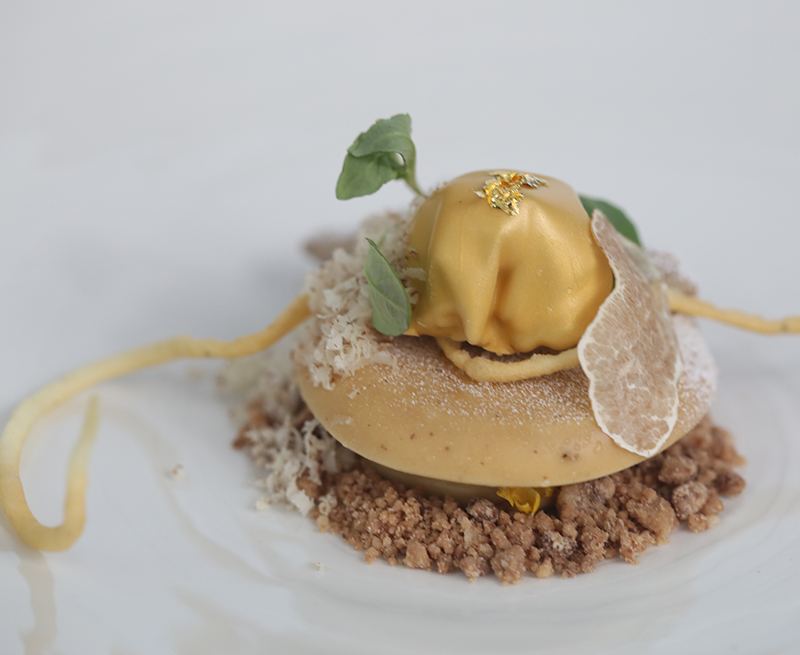 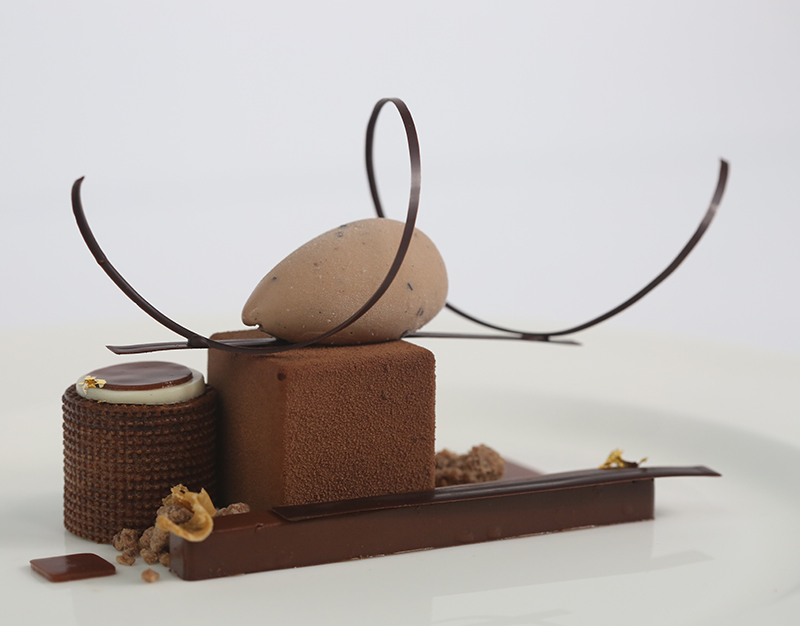 The Press Prize Winner, Chef Cyril Gaidella (France)’s pre-dessert (left) was inspired by his Italian roots, the flavor of ALMOND INSPIRATION and acid, sour tastes. It was served in a Martini glass in memory of the cocktail that inspired him.
Highlighting the international dimension of the C3, Chef Gaidella’s plated dessert (right) integrates a product for each of the candidates’country: Japan, Ireland, Spain, Italy, China and the USA. Visually, it is inspired by a forest in Ghana. Flavor wise, it plays on the contrasts between sweet, salt, acid and bitterness. The woody and peppery notes of the chocolate sauce with NYANGBO 68% add depth to the dessert while the vanilla caramel and vanilla yogurt sorbet gives a smooth feeling. 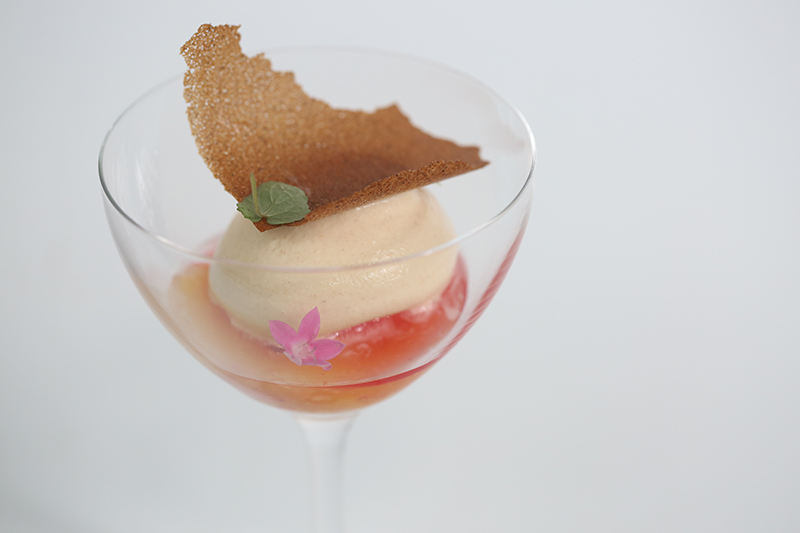 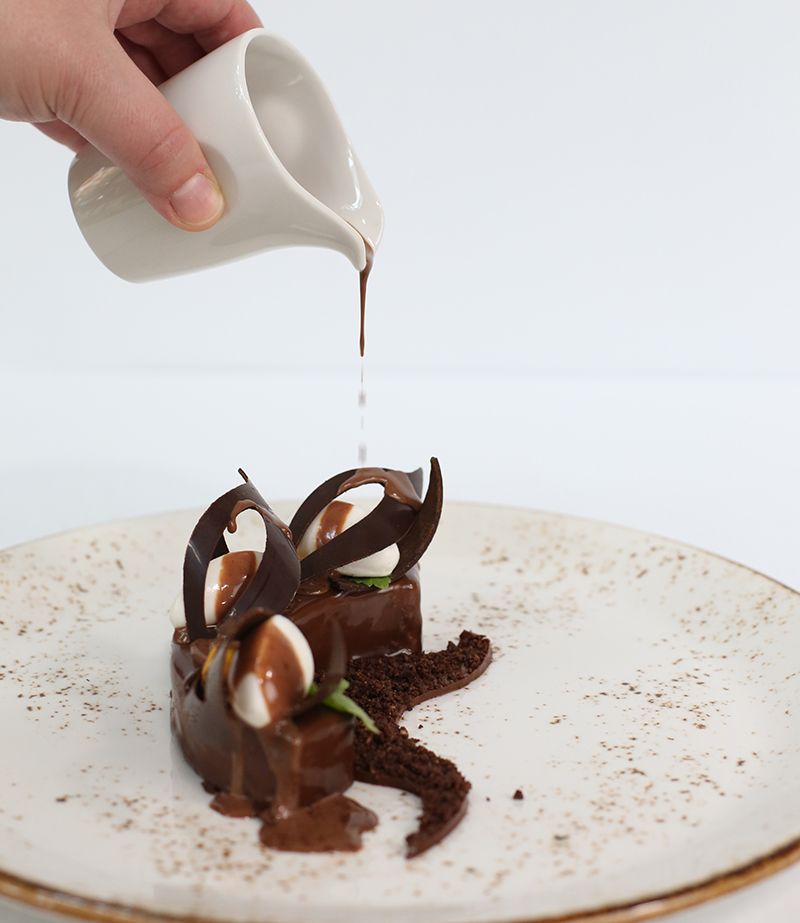 View the complete gallery of creations 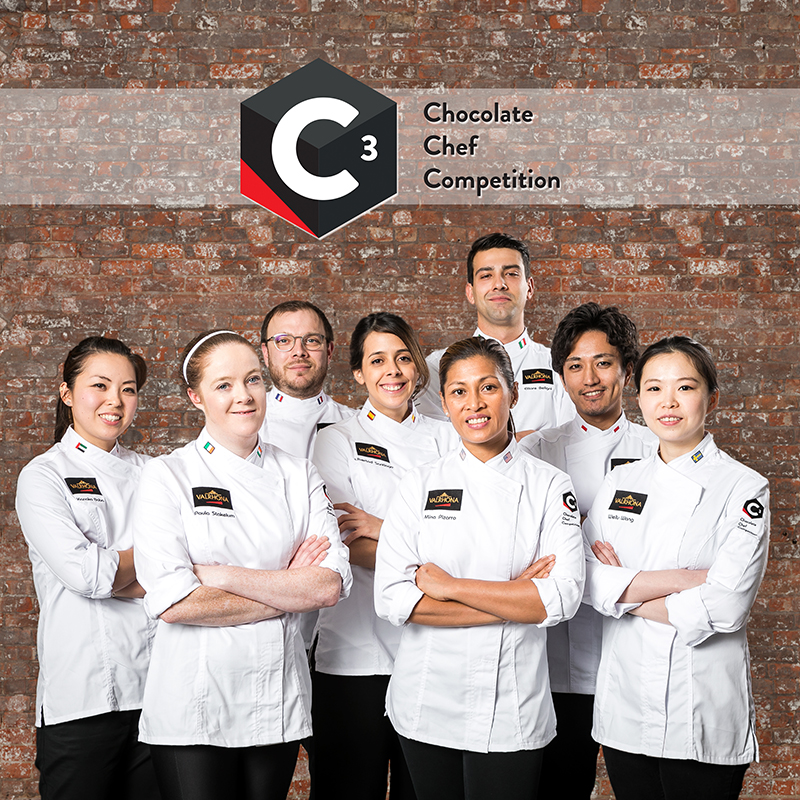