After the successful collaboration with Starbucks in the Milan flagship store, Alberto Marchetti hits another goal and here he tells us about it

Gelato is one of the most popular specialties in Italy, especially in small and medium-sized cities. Promoted by Deliveroo with Gelato System, the Gelato-Delivery Observatory reports a +179% increase in online orders compared to 2020, and also the number of gelato shops on the platform is growing (+74%). Classics flavors such as pistachio, stracciatella and hazelnut are popular as evening and weekend orders. Milan boasts the independent gelato shop triplet rated first in the ranking and it is here that the first ghost gelato premises have been opened. The new Alberto Marchetti’s gelato laboratory is currently part of the Helbiz ghost kitchen, which is the largest in the world (about 2,000 m2), including individual kitchens and home delivery services.
Gelato has gained the status of king of delivery and Helbiz, the American global leader in micro-mobility, has focused on Italian craftsmanship and environmental sustainability through the choice of Marchetti’s gelato. The Italian gelato maker has always believed in the importance of ethical home deliveries and now he declares himself “proud to be part of this revolution”. Through the Helbiz app (freely available on App Store and Google Play Store), his freshly prepared gelato flavors arrive at home, thanks to the butlers in uniform getting around by electric scooters.“
“When fully operational, there are 20 gelato flavors, plus zabaglione, spreadable creams, black cherries, bunet (a Piedmontese traditional sweet speciality), and the new tiramisù served in a glass, which is going to be available soon in a 4 portions version. They are all packed in suitable boxes”, explains Marchetti, who personally supervised the internal set up of his laboratory, where production has just started. “We have been working hard for a week to run in the machine – he tells us -. Now we produce everything at Helbiz in the 25 m2 gelato laboratory, which is identical to the ones in my other stores ”. 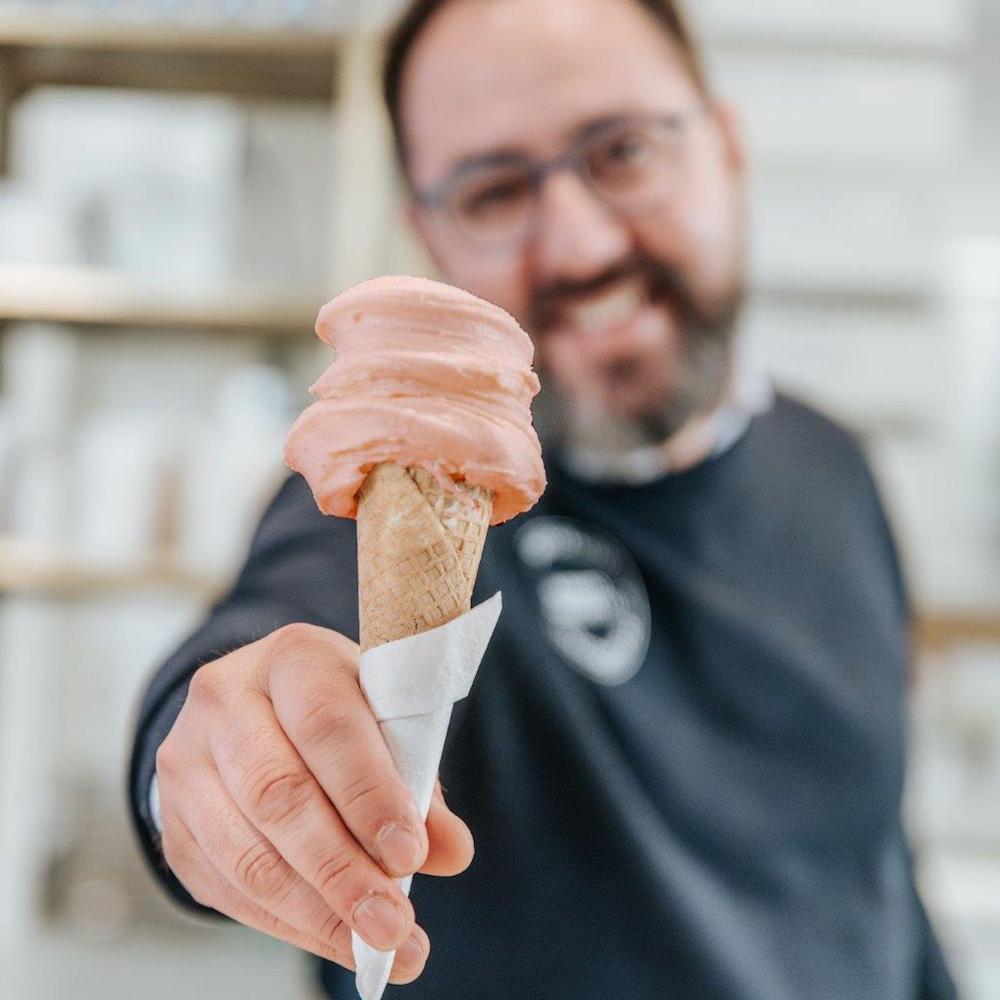 What are host gelato premises?

In these ghost but fully intended-for-gelato-production premises, Marchetti prepares the same products that can be found in his shops. This is a new form of sharing that finds its raison d’être in the ever-growing economic flow of the food delivery system.
The trend seems fated to last and the new formula takes advantage of restaurant experiences connected with digital business models, adding the advantages of reducing rental or furniture costs, while focusing more on laboratory activity and production optimization, quality increase and better prices for consumers.

The partnership with Helbiz includes 5 savory brands and Marchetti is the only partner. By selecting the Food icon, six types of menus including gelato can be ordered at the same time, through a single transaction and a single delivery. About delivery, butlers take inspiration from what usually happens in the best restaurants.
The service is active in Milan from Monday till Sunday from 11.30 to 23.30, but new openings are planned in Turin, Rome, Florence, Naples and Bari. 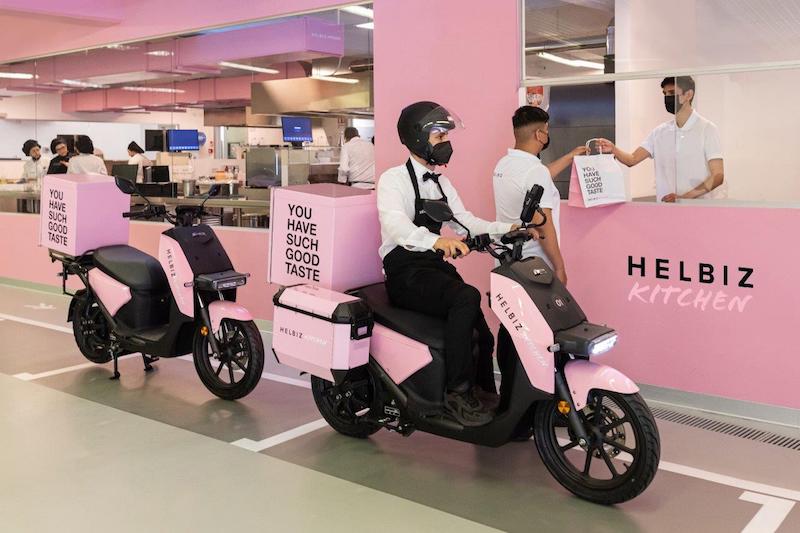