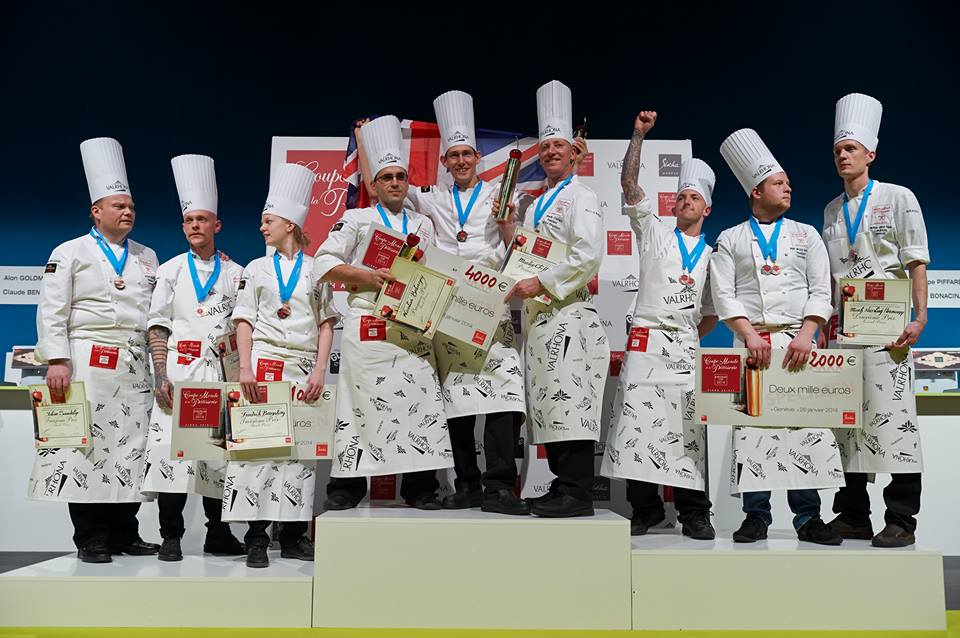 Six European countries under the spotlight
After a series of national selection events, this 2014 edition placed six countries under the spotlight: Israel, United Kingdom, Russia, Sweden, Switzerland, and Denmark. With the support of highly qualified logistics and technical staff, the teams mustered their very best efforts and worked relentlessly to bring back the Cup, undergoing a preparation programme worthy of a top sporting event. Coaching, team building, physical training… nothing is left to chance!

About the European Cup, selection event for the Coupe du Monde de la Pâtisserie
Since 1989, the Coupe du Monde de la Pâtisserie, created by Gabriel Paillasson has become a landmark event in pastry art worldwide, federating the trade and revealing new talents and innovations. It is the only contest that is organised  by  professionals in the  pastry trade  for  professionals  in this trade. In  2014, in  order to  assert  its international anchoring and enable it to express its full potential, the European Cup was held as part of Sirha Genève, at the heart of the continent that created patisserie. As a tourist and business hub boasting 10’000 hotel rooms, including 17 5-star hotels, Geneva is the perfect choice to host the event. In a region that has more than 5’300 hotels, 17’000 restaurants and over 9’000 catering businesses, decision makers in the catering and hotel industries are constantly on the lookout for new solutions to accompany their development. The European Cup was held as part of the Sirha Genève, the Franco-Swiss trade exhibition for the catering and hotel industries. The event took place from January 26th to 28th at the Palexpo venue and brought together 180 exhibitors.

Articolo precedenteSigep and Rhex, a success that will go down in expo world history
Articolo successivoInspiration from Nature