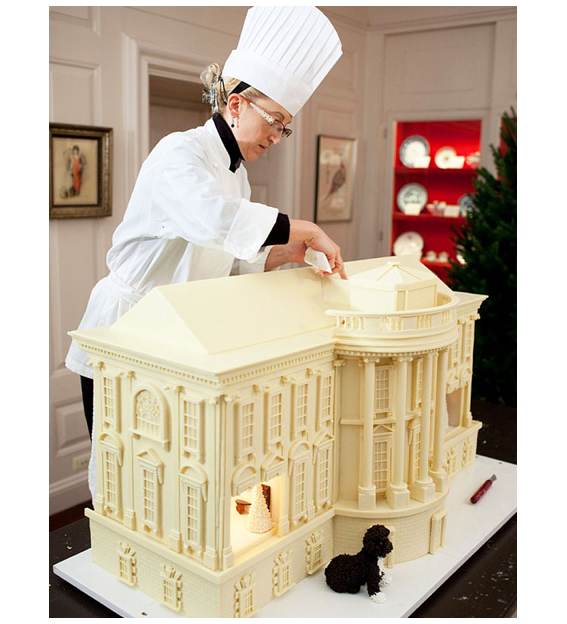 The first time a woman has been appointed to that position

Susan E. Morrison has just been named the new executive pastry chef at 1600 Pennsylvania Avenue, the first time a woman has been appointed to that position.
Morrison is no stranger to the White House, she’s been serving there in a culinary capacity since 1995 and has been assistant pastry chef since 2002.
Morrison will be in charge of creating desserts for the White House’s daily needs as well as all social events there, including receptions, luncheons and state dinners. She’ll also tend to the White House beehive (fresh honey!) and garden.
With the start of the holiday season just days away, the sugar expert will soon start mixing flour and sugar for an annual tradition: recreating the White House in gingerbread, an epic creative endeavor that goes on display in the (real) executive mansion. In the last few years the gingerbread abode has also featured the Obamas’ beloved dog, Bo.