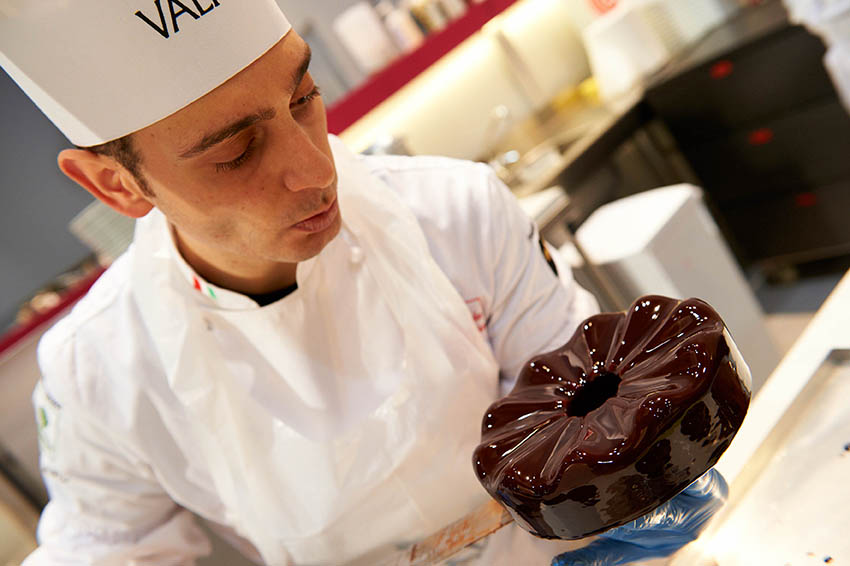 The most prestigious contest in Italy dedicated to pastry art

The Coupe du Monde de la Pâtisserie makes its début in the country of tiramisu and cassata, that invented the ice cream cone, the pastiera and the panettone. On June 10th, at the occasion of the Gourmet Expoforum, the Oval Lingotto exhibition center in Turin will be hosting the European Pastry Cup, the European selection of the Coupe du Monde de la Pâtisserie, the glorious international pastry competition founded in Lyon in 1989 by the great master pastry chef Gabriel Paillasson. Over the same days, from June 11th to 12th, the fair will also be the stage of the Bocuse d’Or Europe, continental selection round.

The European Cup is the most expected selection round and the one that showcases the highest level. During that one-day event, 7 teams will be competing: Belgium; Turkey; Sweden; Russia; Poland; Switzerland; Bulgaria
As Italy has won the Coupe du Monde de la Pâtisserie in 2015 with the team of Chefs Fabrizio Donatone, Emanuele Forcone and Francesco Boccia, the country is already qualified to take part in the finale in 2019 in Lyon, and is part of the TOP 5 nations.

To qualify for the Coupe du Monde de la Pâtisserie, the 7 teams will have 5 hours to create a frozen fruit dessert and 10 desserts on a plate, each made by one of the two candidates of the team. They will have to make one sculpture made of sugar and one made of chocolate. At the end of each session, the international grand jury will taste the creations to select the winner of the European Pastry Cup and the other two countries going on the road to Lyon.

How to attend the contest on Sunday 10 th June?
Easy, get your badge here (free entrance to the public with the limit of available spots)
http://gourmetforum.it/badge/public/