Us Pastry Competition in New York 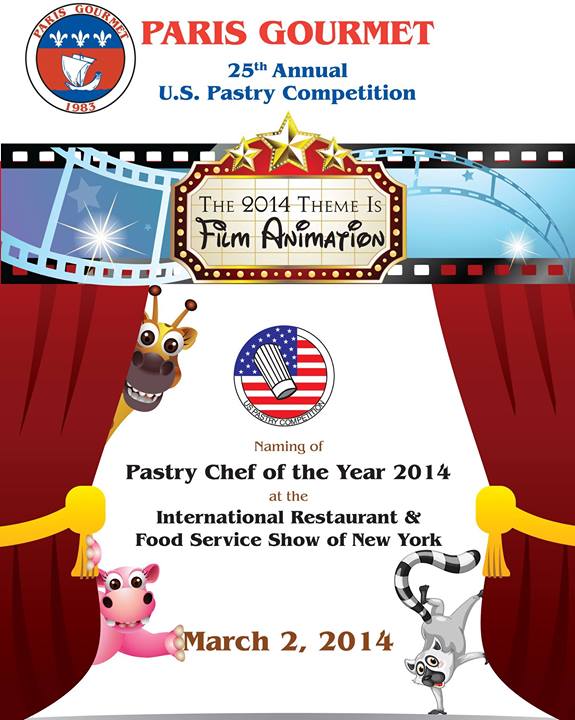 Board members of the Societe Culinaire Philanthropique, one of the oldest and most prestigious chef associations in the world, will preside over the judging procedures. Contest awards will total over $10,000.00. The showpieces will remain on view for the duration of the Show.

About the NY Restaurant Show
The 21st International Restaurant & Foodservice Show of New York will bring together thousands of foodservice, restaurant and hospitality professionals from New York State,  and will feature more than 500 leading vendors, accompanying the Ferdinand Metz Foodservice Forum education sessions and buzz building special events. This is the only event in New York exclusively serving the restaurant and foodservice industry, sponsored by the New York State Restaurant Association (NYSRA) and produced by Urban Expositions. The show will be held at the Jacob K. Javits Convention Center in New York City, Sunday, March 2, 2014 through Tuesday, March 4. To learn more, visit http://www.internationalrestaurantny.com.