Who will become the Best Chocolate Chef in the World? 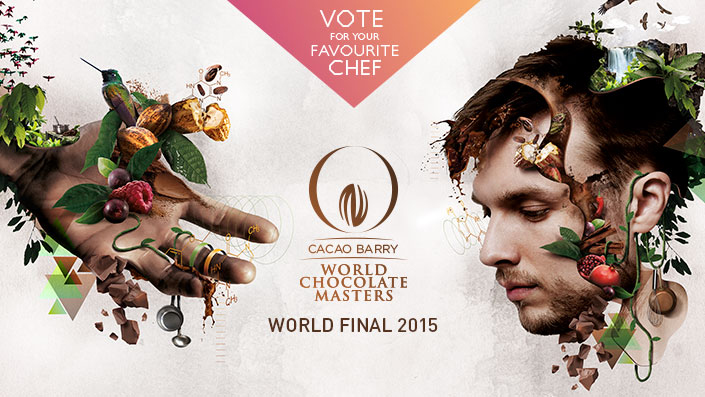 From Today to 30 October, 20 top talented chefs from all over the world will fight the battle of all chocolate battles in the Salon du Chocolat in Paris. They have one goal: become the best chocolate chef in the world. Witness breathtaking chocolate showpieces, haute couture pralines, the chocolate snacks of the future and much more.

All chocolate lovers could have their say in the World Chocolate Masters final. The World Chocolate Masters presents the Social Media Award: a special award that will be granted to the creator of the chocolate showpiece that collects the most likes on our website.
Support your favourite chocolate chef and vote for his or her showpiece. The chef with the highest number of votes will receive the audience award or “Social Media Award”.