Coffee and digestion. Did you know? Get the facts… 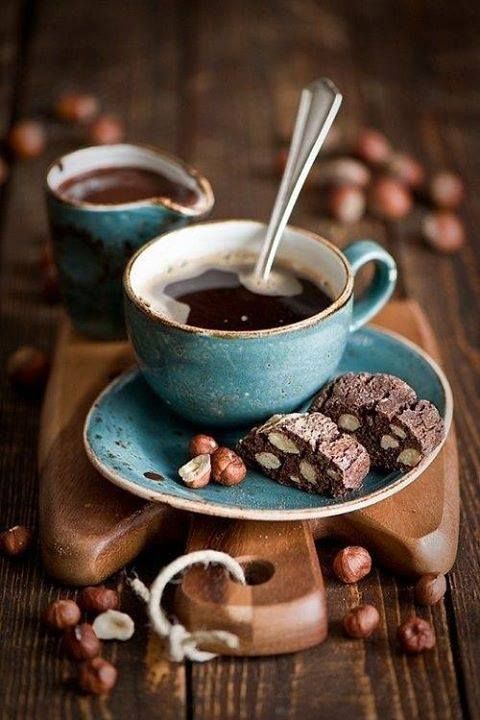 Research on the impact of drinking coffee on the various functions of the digestive tract suggests that coffee consumption has no significant adverse effects on the functioning of the GI tract in healthy individuals.
Common misconceptions exist around the impact that coffee consumption has on the GI tract. Below is a snapshot into the scientific research dispelling some common misbeliefs. 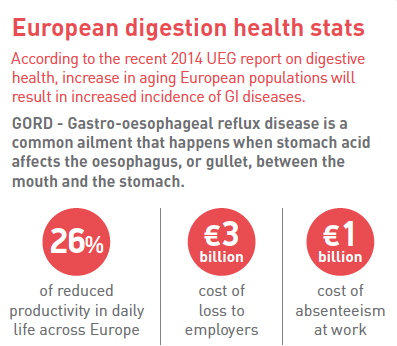 Approximately 1 in 3 adults in the European Union [more than 150 million] are affected by digestive health problems such as dyspepsia [indigestion], IBS or constipation. Many of my patients with digestive health complaints ask me if their coffee consumption is the issue and if they should cut coffee out of their diet. It is true that some individuals who suffer GI problems may choose to avoid certain foods or drinks to manage their symptoms, and this may include coffee. However, the research available shows that there is no evidence to suggest a link between coffee consumption and digestive health problems (Patricia MacNair, Trust Practitioner, Care of the Elderly, Royal Surrey County Hospital, UK).

MYTH #1
Coffee consumption can cause heartburn: (acid reflux / GORD)
FACT: There is no evidence to suggest that drinking coffee causes stomach problems such as acid reflux. In fact, it is suggested that common causes of acid reflux is the consumption of spicy or fatty food and overeating. 2,3,4,5

MYTH #2
Drinking coffee increases stomach acid levels: which can irritate and harm the lining of the stomach and intestines
FACT: Research has not shown any evidence of a relationship between the development of gastritis (irritated stomach lining) and coffee consumption. Those who experience such irritations often self-regulate their diet according to their own sensitivities and some may choose to limit their coffee consumption.1

MYTH #3
Coffee consumption increases the risk of developing ulcers: in both the stomach and intestine (duodenum)
FACT: Coffee consumption is not associated with an increased occurrence of stomach ulcers. Recent research has focused on understanding the role of the bacterium Helicobacter pylori (H. pylori) in the development of peptic ulcers. Research on duodenal ulcers also suggests that drinking coffee is not associated with their development.6,7

MYTH #4
Coffee is a well-known GI irritant: in those who experience IBS, gastritis, Crohn’s Disease, colitis and ulcers and it should be avoided by these patients
FACT: Coffee can be enjoyed by those who experience such disorders as there is no indication that it influences these GI disorders.

MYTH #5
Caffeine in coffee is a diuretic: creating fluid flushing through the kidneys, which leads to a frequent need to urinate, causing the loss of minerals and other important nutrients and ultimately leading to dehydration
FACT: Recent research suggests coffee does not lead to dehydration and contributes to daily fluid intake. Although there is some indication of a mild, shortterm diuretic effect of caffeine, it is not strong enough to counter-balance the benefits of fluid intake from coffee drinking. The advice to avoid coffee because it causes dehydration is not supported by scientific evidence.8,9

MYTH #6
Coffee can stimulate the process of gastric emptying and intestinal movement: causing a quickened movement of food through the digestive tract. In turn this can cause diarrhoea
FACT: As part of the routine digestive process, most food and drink stimulates movement in the large intestine. A study comparing the effect of regular and decaffeinated coffee on intestinal motility suggested that the effect of caffeinated coffee was as substantial as a full meal, but stronger than water and decaffeinated coffee.10

MYTH #8
Coffee increases the risk of developing gallstones: coffee should also be avoided by those who suffer gallstones as it exacerbates the problem
FACT: Research suggests that drinking coffee may help to reduce the risk of developing gallbladder disease (or symptomatic gallstones) by up to 45% in men and up to 28% in women. Caffeine in coffee can cause contraction of the gallbladder and whilst it may prevent small stones forming in the gallbladder, those with pre-existing gallstones may experience pain caused by contractions.13,14

MYTH #9
Coffee causes indigestion: many people believe that coffee is a cause of dyspepsia [indigestion]
FACT: Research in the Netherlands suggests that whilst 38% of people thought that coffee was a cause of dyspepsia, no association between drinking coffee and this condition have been found. Recent work has investigated a role for the bacterium, H. pylori, in dyspepsia.15,16,17,18,19

Coffee: no crisis and sustainability aims