The best Italian restaurants in the world

Da Vittorio in Shanghai is the best Italian restaurant in the world, followed by Don Alfonso 1890 in Toronto and Gucci Osteria da Massimo Bottura in Tokyo 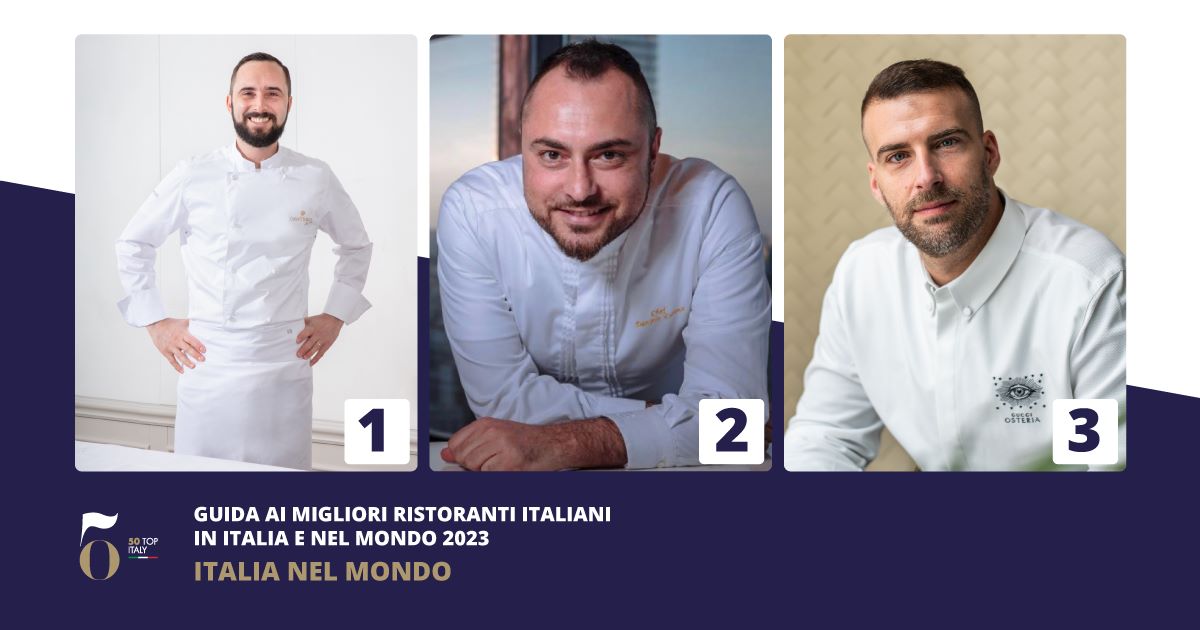 According to the 50 Top Italy, the ranking of the best Italian restaurants in the world, Da Vittorio in Shanghai, led by executive chef Stefano Bacchelli under the supervision of the Cerea family, is the best one. The award ceremony took place on 13th December at the Teatro San Babila in Milan, with a Gran Galà della Cucina Italiana. In the second place there is Don Alfonso 1890 in Toronto, with chef Daniele Corona (Mario Iaccarino also awarded); third Gucci Osteria da Massimo Bottura in Tokyo, with Antonio Iacoviello, awarded chef of the year.
Among the ten best ones there are also Il Carpaccio in Paris (the result of the meeting of the Cerea family with Oliver Piras and Alessandra del Favero); Fabio Trabocchi’s Fiola in Washington; Sesamo by Massimiliano Alajmo in Marrakesh; Locanda Locatelli in London; Il Lago in Geneva, by Massimiliano Sena; Rezdôra by Stefano Secchi in New York; Buona Terra by Denis Lucchi in Singapore. Armani Ristorante in Tokyo, led by chef Carmine Amarante, wins the restaurant pastry award.
Back to Italy and focussing on pastry, Fabrizio Fiorani is awarded the prize for the best restaurant pastry at the DUOMO in Ragusa; the best contemporary pastry is signed by Pietro Macellaro (Pasticceria Agricola Cilentana di Piaggine, Sa); the pastry chef of the year is Gianluca Fusto (FUSTO Milano).
With the award to Davide Oldani as the best chef of the year, the ranking reveals that the best breakfast is served at the Brunelleschi Hotel in Florence, the best sushi is by IYO Omakase in Milan and the best carbonara is that of SantoPalato in Rome. The best sandwich is served at Da Gigione Gourmand (Naples); in Ancona there is the best fish restaurant (Clandestino Susci Bar), while it is still the capital that offers the best street food (at Trapizzino).